Preface to The Poultry Book 1853 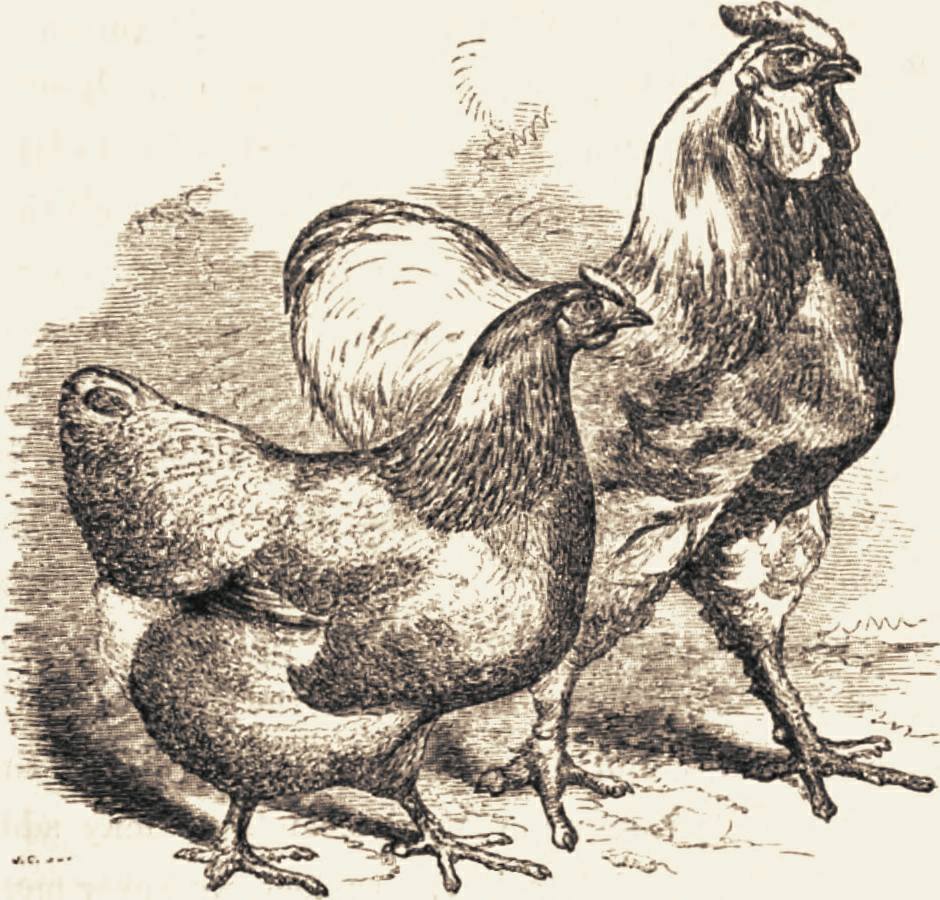 Preface to The Poultry Book from 1853 with Comments

WE remember, in one of the old satirists of the Tudor period, to have observed the superlative of contempt to have been concentrated in the epithet—” Thou keeper of capons.” Hence, those who gave their minds to Poultry economy, we may legitimately conclude, were not then among the highly esteemed; nor have they been deemed worthy of a higher regard until within the last quarter of a century.

When we commenced the present volume, we referred to the ” Agricultural Surveys” of every County in the United Kingdom, published under the auspices of the Board of Agriculture; for we hoped thence to derive, at all events, some historical details.

There we were again met by total disappointment; for in no one of the hundred goodly volumes, which those Surveys fill, did we find a single paragraph deserving quotation. In most of them Poultry are dismissed with some such paragraph as this, in ” Smith’s Agriculture of Galloway “— ” The profits arising from Poultry are too inconsiderable to enter into the calculations of the farmer; ” and to this opinion the majority of agriculturists still cling doggedly.

At that time most farmers took no interest in breeding or even properly feeding their hens and production levels were usually below 150 eggs per annum – indeed often below 100 eggs.

Until within the last ten years, it is not an exaggeration to say that the improvement of Poultry was totally neglected in this country; and it is only since the year 1848 that we have been aroused to a correct appreciation of their value.

Every one who now directs his thoughts to the subject, at once acknowledges that Poultry are just as capable of improvement as any other kind of farming-stock, by breeding from select specimens; and the consequences of this conviction are apparent in the facts, within our own knowledge, of forty guineas being given for a Shanghae cock, one hundred pounds for twenty Spanish chickens, and five guineas each for Dorking chickens.

The beneficial results arising from this attention to superior parentage are already very marked; and no one conversant with Poultry can attend the Exhibitions of them, now held in every district of the kingdom, without seeing collected evidence of increased and increasing improvement.

At the same time every specimen affords testimony, quite as apparent, that much remains to be accomplished. For information how this farther improvement is to be achieved—for an authority deciding what are the defects to be avoided and the excellences to be aimed at—for sound directions in management—for accurate particulars of the good and bad characteristics of varieties, and for information on other points—all naturally turn to the works published relative to Poultry.

Now we all know that no one has sought such aid without being disappointed. The attention aroused to Poultry has brought this defect in our literature most prominently to notice; and to remedy the defect is the object of the present Work.

Its Authors have thrown aside all previously published volumes, and have gathered together and arranged in their pages nothing but the dictates of recent practice and observation.

They have been blamed for not confining themselves to a statement of their own practical knowledge; but they think this blame as groundless as it would be to vituperate an author, in any other department of knowledge, fortifying and confirming his own experience by the statement of the results obtained by trustworthy authorities.

So far from considering themselves blameworthy for so acting, the Authors claim the approbation of their readers for obtaining and recording in these pages the Poultry lore of such successful breeders as Captain W. W. Hornby, K.N.; Edward Bond, Esq.; Thomas Sturgeon, Esq.; Charles Punchard, Esq.; John Fairlie, Esq.; Edward Hewitt, Esq.; Mr. Tegetmeier; and many others, by whom this volume has been enriched.

To them, both the authors and readers are highly indebted,—for their sustaining contributions have rendered the work an authority which may be consulted with confidence in all its departments.