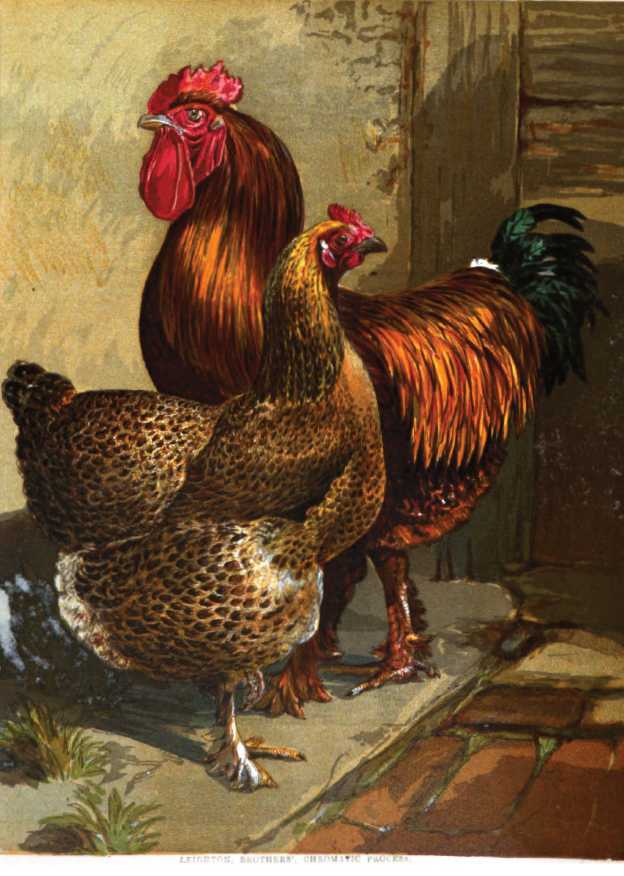 As with any domesticated animal, breeders would produce ‘sub-varieties’ from the main. The Partridge being so called due to the plumage colour, of course, not a cross-breeding with another species which is impossible.

Mr Punchard was apparently the champion of this partridge plumage pattern. The Poultry Book of 1853 says:

Some of the Partridge and Grouse-coloured sub-varieties, which follow next in order, and with which Mr. Punchard (among others) has carried off, and deservedly, many prizes, are extremely pretty, and match well in shade and general appearance.

The cocks are what are called black-reds—that is, they have a black body with red or yellow hackles (each hackle-feather being marked with black down its centre), and crimson back and wing-coverts. The hens are beautifully, and very uniformly, pencilled, and approach, we think, when well bred, nearest in ” quality” of feathering to the Buffs.