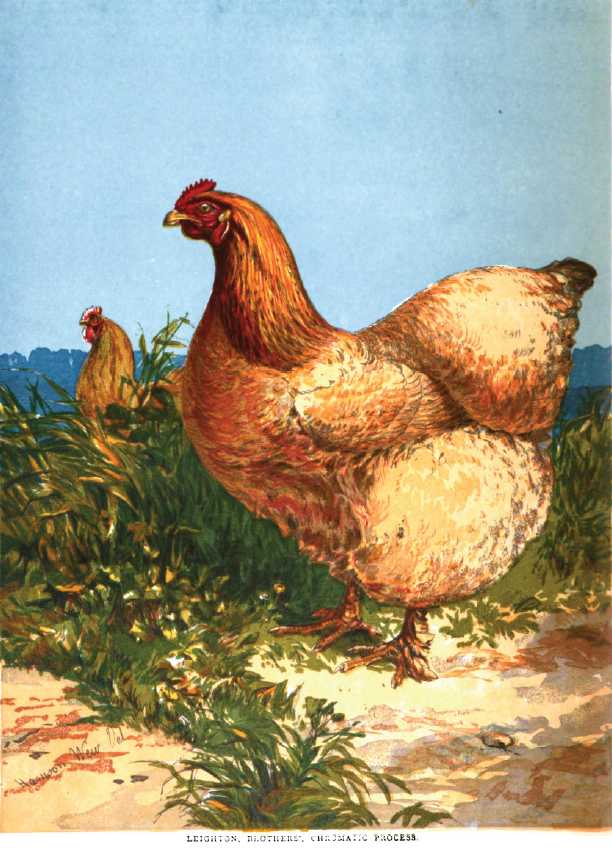 According to the book, the minimum weight at maturity should be some 8½ lbs with the cock being some 11 lbs, so not small birds by any means. There’s not a great deal of discussion of egg production in relation to the breed but he is primarily interested in the appearance on the show bench.

There’s some interesting comments about the propensity of Cochin hens (called Shanghae hens at this time) to lay double yolked eggs. I would expect this trait to have been bred out of them by now since double yolked eggs cannot produce viable chicks.

A Mr Fortune wrote to the authors of the 1853 Poultry Book regarding Cochin chickens and they quote him at length.

here Mr. Fortune again comes to our aid. In the letter already quoted, he says, ” The Shanghae [Cochin] breed occurs both with feathered and unfeathered legs, but more frequently un-feathered. The most admired kinds there are the game-coloured ones.

Many of them are much like the pheasant of the country; indeed we used to think that crosses were often produced between the pheasant and fowl, as the former were often seen feeding with the latter.

However, I am safe in saying that the Chinese do not attach so much importance as we do to purity of colour; large size and large eggs are what they most admire and prize. Some of the Shanghae fowls’ eggs have double yolks.

Later in a foot note to the above, the authors write:

We have had many instances of this in our own poultry-yards. We have had two imported hens, kept separate from the cock, which laid three double-yolked eggs, besides others of the usual size, between the 13th and 27th of October.

There is an article on the site specifically about double yolked eggs.