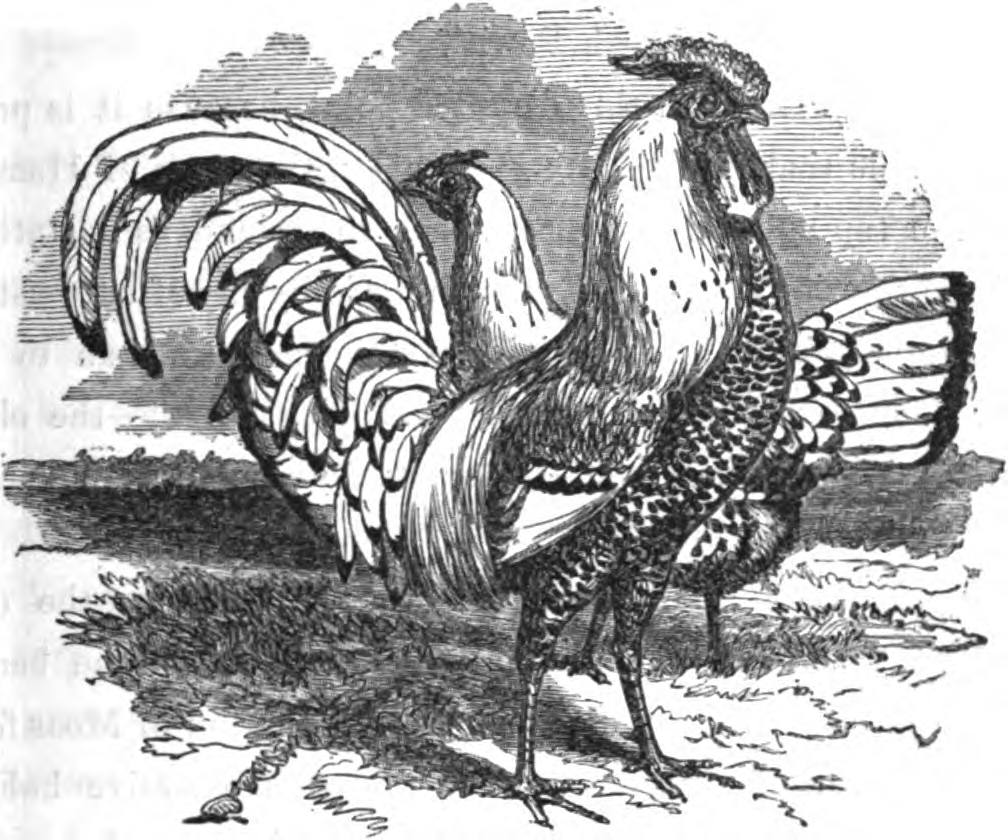 With the Hamburgh fowl and some other breeds there are references to both spangled and pencilled feathers. The Poultry Book of 1853 explains what these are and helpfully provides illustrations of both feather markings.

The hen displays the peculiar markings which characterize this sub-variety much more distinctly than her lord’; and as the pencilled feather is strictly applicable only to the Hamburgh variety, we may here give a specimen.

The ground-colour must be either clear creamy white or coppery yellow, accordingly as the birds belong to the silver or golden classes, and marked in either with at least four parallel transverse dark bars, as if an artist had worked them in with a black-lead pencil.

…. Spangled feathers, mixed with the pencilled, are very objectionable,– as is also that confusion of colouring or sprinkling of black among the white, which we should suspect first obtained such specimens the designation of the Silver Moss Fowl.

As the spangled feather is best developed in the Hamburgh varieties, we here give a drawing of one.

We think that the spangle which approaches to a circular form is the most correct, for when of the crescent or horse-shoe shape it appears to be passing towards the laced character.

The ground-colour of the feather must be perfectly clear.