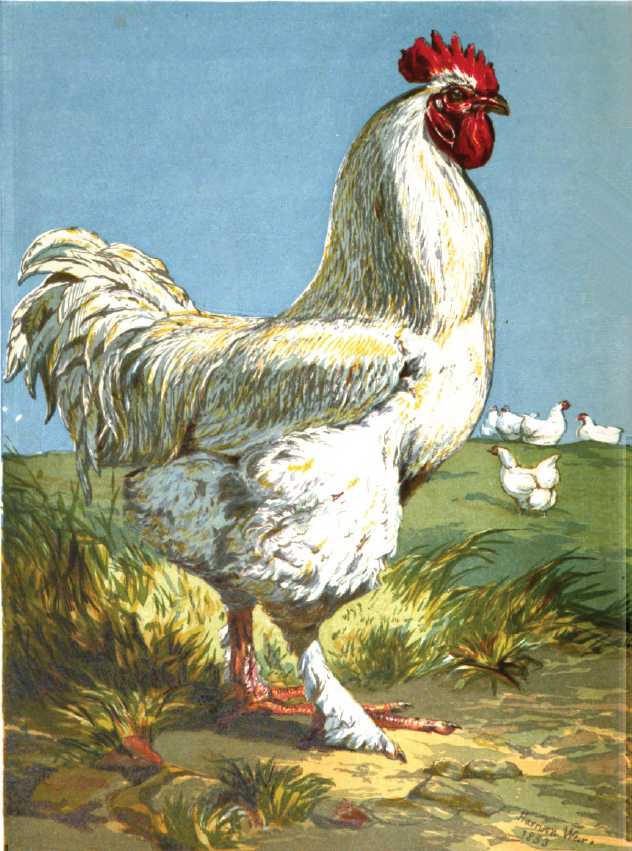 Around the 1850’s there were two schools of thought regarding Cochin-China hens and Shanghai (spelt Shanghae at that time) hens. One was that they were separate breeds and the other that they were actually they same.

HISTORY AND DESCRIPTION OF THE SHANGHAE FOWL

There is a doubt, which had better be removed from the very threshold, usually conveyed in the question—“Are Cochin-China and Shanghae Fowls the same ?”

We have always entertained the opinion that they are; and as we have invariably found that fowls imported from China into this country, whether feathered-legged or plain-legged, whether dark-plumaged or light-plumaged, came hither, directly or indirectly, either from Shanghae or its vicinity, we have long since concluded that “Cochin-China” is a name altogether misapplied to this variety.

This conclusion amounts to conviction, since we have received a letter from Mr. Robert Fortune, who has passed so many years in various parts of China, in which he says:

The man who first gave these fowls the name of ‘Cochin-Chinas’ has much to answer for. I firmly believe that what are called ‘ Cochin-Chinas’ and ‘ Shang-haes’ are one and the same.

Date of Introduction to Britain

One thing is certain,—the breed you have in this country as Cochin-Chinas are plentiful about Shanghae. They were discovered there after the war, [I think he is referring to the First Opium War – 1839 to 1842] and were frequently brought to this country, and taken to India, by captains of trading vessels.

Was not this the date of their introduction to England ? And what grounds has any one for supposing the fowls ever saw Cochin-China ?

We thought that this variety might have been earlier known, owing to our long-established commerce with Macao and Canton, but Mr. Fortune says that it is a breed but little known in those warmer parts of China, and that, “in fact, the southern Chinese were as much struck with the size of the breed as we were.”

He adds, “The Shanghae breed seems to be more common about Shanghae than anywhere else in the north; but I found it over all the low country of that part of China. The southern breeds have been long well known to ship captains and English residents; but there is nothing very marked in their character.”

The Editors Convinced in Their Belief

We have already stated that we do not believe that there are any grounds for the belief that this variety ever saw Cochin-China; and we think, with Mr. Fortune, (for his question is indicative as well as inquisitive) that they were introduced into this country soon after the more northern parts of “The Celestial Empire,” such as Shanghae, were thrown open to our traders, at the conclusion of the Chinese War, in 1843.

At the Poultry Show, held at the Zoological Gardens, in the May of 1845, there were prizes especially devoted to “Malays and other Asiatic breeds;” but these brought to the exhibition no other oriental variety than Malays, and, we may add, that at that time Shanghae fowls were unknown to the Society.

In fact, we never met with any published notice of these until 1846, and we shall be near the truth if we assign 1845 as the year in which they were first imported.

It was in that year that Her Majesty [Queen Victoria] received specimens of them, which she exhibited at the Show of the Royal Dublin Agricultural Society, in the April of 1846.

Even in 1847, Mr. Walter Dickson, in his volume on “Poultry, their Breeding, &c.,” does not mention this variety.

Captain Heaviside, of Walthamstow, states that he had some of the Shanghae fowls sent to him by his friend Captain Elder, whose letter, which accompanied them, was dated “Off Canton, 21st August, 1842.”

Mr. Moody, of Droxford, in Hampshire, obtained his first Shanghae fowls in 1847; and Mr. Sturgeon, of Grays, Essex, accidentally became possessed of his stock during the same year.