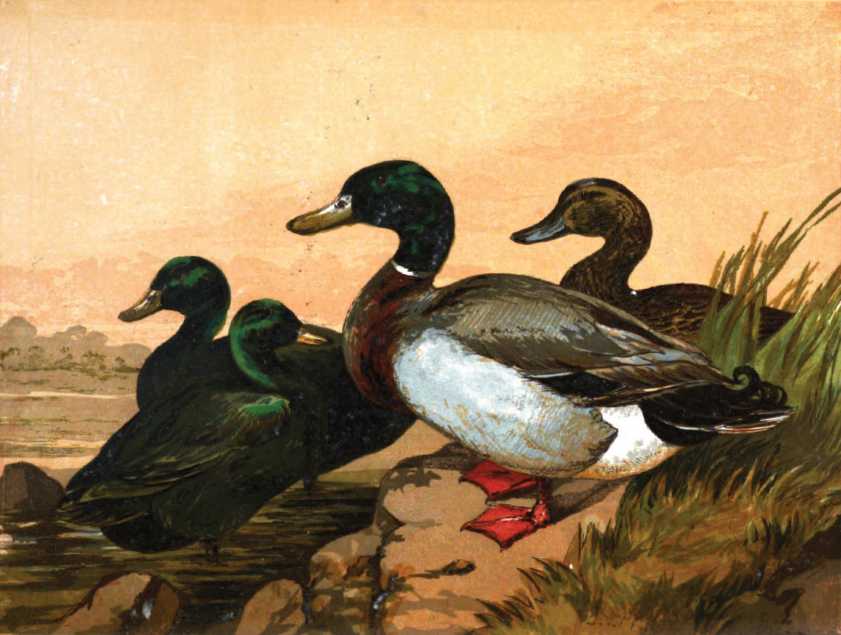 There’s quite a long and quite amusing discussion in The Poultry Book (1853) as to the origins of these ducks. Basically they take half a page to say they don’t know!

The Black East Indian, or Buenos-Ayrean Duck.—Why or wherefore this bird was ever called the “Labrador” Duck we are at a loss to imagine, since that country, as has been well observed by Mr. Dixon, ” however rich in wild specimens, is not likely to have given us any new tame variety of bird.”

The trivial or accidental name of a bird has often, however, done good service in eliciting facts in connection with its history ; and we diligently consulted authorities as to any possible connection between Labrador and the variety of Duck of which we are now speaking.

Our search, we must confess, supplied us with but one solitary hypothesis for this designation, in the fact that the Velvet Scoter, “Anas fusca” abounds on the wild coast of Labrador, and that a fancied resemblance between the deep glossy black of the plumage of these two birds may have suggested the name by which it has hitherto been commonly known.

As such derivations, however, only tend to perpetuate error, the sooner they are discarded the better; and whether Buenos-Ayres, or the East Indies, is the original locality from which the other synonymes have been obtained, either of these is a far preferable distinctive appellation.

The Zoological Society, we are told, obtained their specimens from the former place; but whether these were aboriginal stock in that country, or imported from the Asiatic continent, we know not. Mexican and Maroon are other aliases by which they have passed ; these, however, require even less notice than those that have been already mentioned.

This Duck is of less size and lighter frame than either the Rouen or Aylesbury breeds, the adult male rarely exceeding five pounds live weight, while the females average but four pounds. Their plumage, however, is strikingly beautiful, and possesses, in common with the Call Duck, the peculiarity unusual in birds of this genus, that the Drake does not monopolize all its glories, a portion of his refulgence being granted to the Duck.

Metallic tints, varying with the light from green to a gilded purple, decorate their garb of uniform velvet-black, their bills and feet being of the same dark hue. With all their brilliant combinations of colour, there is a singularly neat and close make, and compactness of feathers, which suggest their comparison in these respects with the Game Fowl.