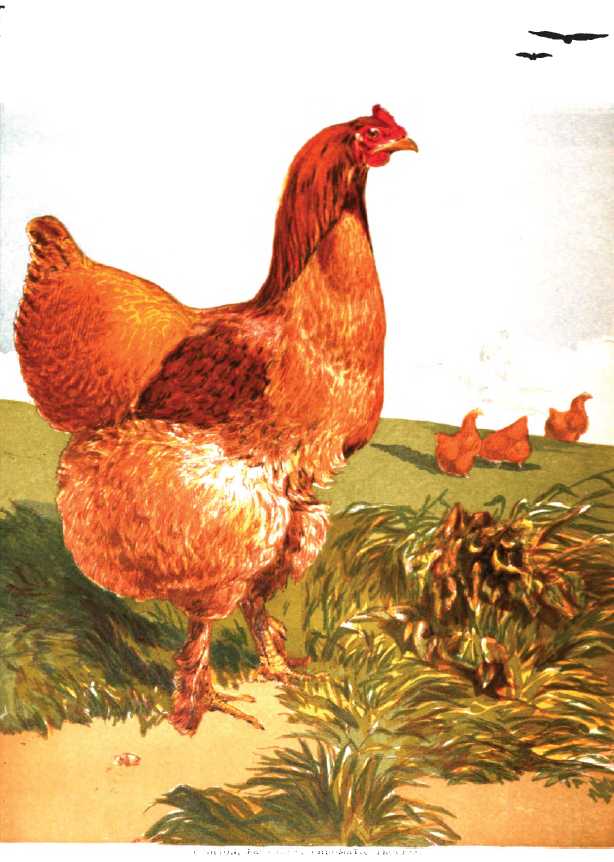 The Poultry Book of 1853 has this to say about cinnamon Cochins which were referred to as Shanghaes then.

The Buff hens vary from a dark fawn to a light yellow, or almost a canary colour; and the nearer they approach the latter shade the more they are esteemed. The colour should be as uniform as possible; but we do not object to a slight necklace or dark marking in the neck hackle, and the tail is usually black.

We may hint to breeders that it is from the yellow cocks, rather than from, the reds, that they may expect to breed hens of the light or favourite canary shades.

The stocks of the most successful exhibitors are of these Buff varieties, not differing more than we have described. It is with these that the principal prizes have been carried off; and the extreme neatness of their appearance (more particularly of that of the hens), the uniformity of the pens, and the quality of the specimens shown in this class, have combined to justify the awards of the judges, and to secure for them the preference of amateurs generally. Add to this that, in the selection of breeding birds, they have been brought to equal in weight those of any other variety

‘The Cinnamon’, ranging from a sort of very pale reddish-brown to a dark chocolate, form the next class or shade. The cocks of this variety are usually by no means so handsome in their plumage as those of the Buffs; the greater portion of the feathers of their wing-coverts being of a plum-colour—lighter or darker, as may be—and the hackles of a duller yellow; but we have seen some most beautiful birds, varying from a Vandyke brown to orange madder.

The hens are much prettier, some of those of a uniform light cinnamon hue being as neat in their appearance, and matching as well, as the Buffs; and they are often without the dark markings in the neck hackle, which some judges (too fastidious, as we venture to think,) object to in many of the Buffs.

They are, however, for the most part, wanting in that fineness and gloss of feather, known to amateurs as “quality”, which usually distinguishes the Buffs from all their competitors.