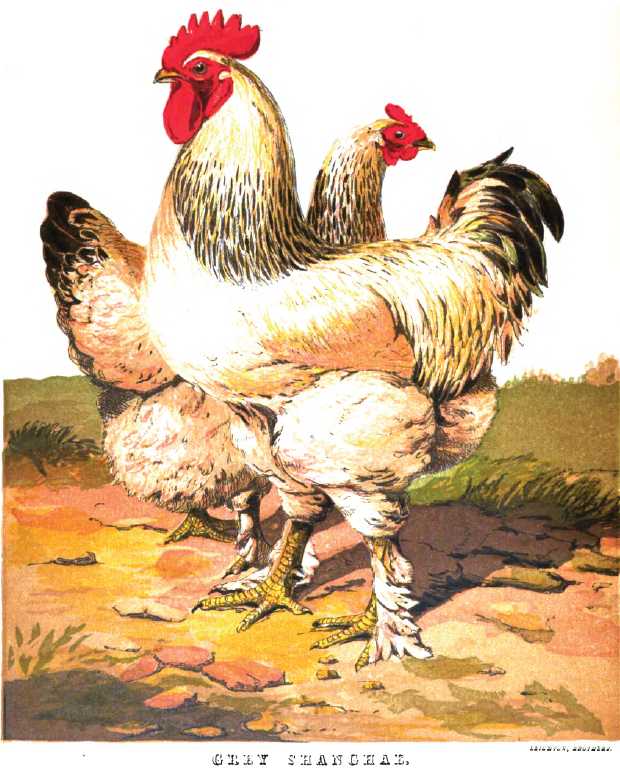 We think of cross-breeding and hybrid chickens as being modern developments that have given us the extremely productive egg laying birds and super-fast growth of table birds. The curious fact is that cross breeding was known about and common amongst middle-class and show breeders in the latter half of the 1800’s.

At that time there was huge interest in ‘The Fancy’ and big money but as far as agriculture was concerned, poultry and eggs were a marginal product. All farmyards had a few hens scratching around but there were not many farmers in Britain who bothered seriously farming chickens and other poultry although we imported significant quantities of eggs from France.

This is totally in contrast to other farm livestock such as pigs, sheep and cattle. Their breeding was driven by farmers looking to increase profits.

The following extract from the 1867 Poultry Book explains the benefits and drawbacks of cross breeding Cochins for the table. Incidentally, by the 1867 edition – unlike the 1850 Poultry Book – the term Shanghae is hardly to be found. It was generally accepted that Shanghae and Cochin Chickens were one and the same. The term Cochin being the winner.

Cross Breeding Cochins for the Table

The cross-bred birds produced by mating Cochins with the large French table-fowls known as the Creve Cœur, La Flèche and Houdan varieties, are very remarkable for their rapid growth and for the great size they eventually attain.

We have reared chickens early in March from Cochin hens running with a Creve Cœur cock, that were never housed, being in a lean-to shed open to the west; the hens being cooped on wet days, whilst the chickens had the run of a grass field at all times and seasons.

Some of the cockerels were killed in May, when less than twelve weeks old, weighing four pounds six ounces each as caught up out of the field, and when trussed ready for the spit they weighed precisely three pounds each, the birds being then five months old.

In the first week in August the weight of the cock chicken was seven pounds, that of each of the pullets rather over four pounds; although they had not been put up to fatten, or even fed on soft food, or any attempt made to restrain their wanderings in the fields.

To those who wish to breed large hardy birds for the table, a better cross than Cochin hens with a Creve Cœur or La Flèche cock cannot be recommended. The chickens produced will be of rapid growth, large size, and great constitutional vigour, and, when cooked, will be found plump, and with skin and fat much whiter than that of the Cochins.

There is, it must be confessed, one great disadvantage attending the rearing of cross-bred fowls—they are quite useless for the purposes of exhibition, and unsaleable as stock birds.

This itself is really a very serious drawback, as, after giving a high price for good fowls, the breeder not unfrequently looks forward to the sale of some of the chickens as a remuneration for the outlay.