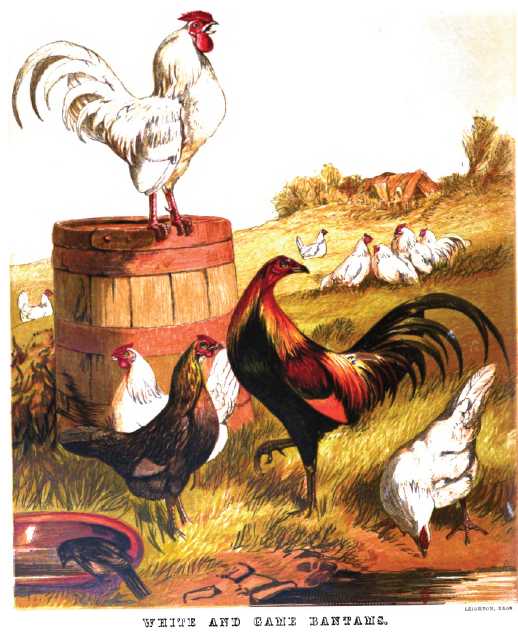 White Game Bantam Chickens from the Poultry Book of 1867 – note the little bird drinking from the bowl and the boss cockerel on the barrel surveying his domain.

The Origins of Bantam Chickens

It is usually stated in works on Poultry, that the smaller varieties of domesticated fowls, known under the general name of Bantams, are the descendants of certain distinct species of wild fowls existing in the Eastern Archipelago.

There is, however, no real foundation for this statement. Bantams of all kinds are merely domesticated varieties that have been reared and rendered permanent by the care of man.

Two of the most distinct kinds, namely, the Sebright and the Game Bantams, have been produced within the memory of persons now living, and, were all the different varieties exterminated, they could be reproduced by careful breeding for a few years.

Dwarfed fowls have been known since the time of Pliny, who states—” There is a dwarfed kind of fowls that are extraordinarily small and yet fruitful.”

Aldrovandus describes a dwarf hen, and he is quoted by Willoughby, writing in 1678, who states—” This variety is found in England, is kept by the curious, and called Grigs.” Since that time the smaller breeds of fowls have been noticed by all writers on the subject.

The different varieties of Bantams reared in this country at the present time are numerous. The breeds most in request are the following:—The Sebright, or Gold and Silver-laced Bantams ; the Black Bantam ; the White Bantam ; and the Game Bantam.

To these may be added the older breeds, such as the Booted or Feather-legged Bantam, the Nankin and Partridge-coloured varieties, and the more recent introductions, such as the Pekin or Cochin Bantam, the Japanese Bantam, &c. 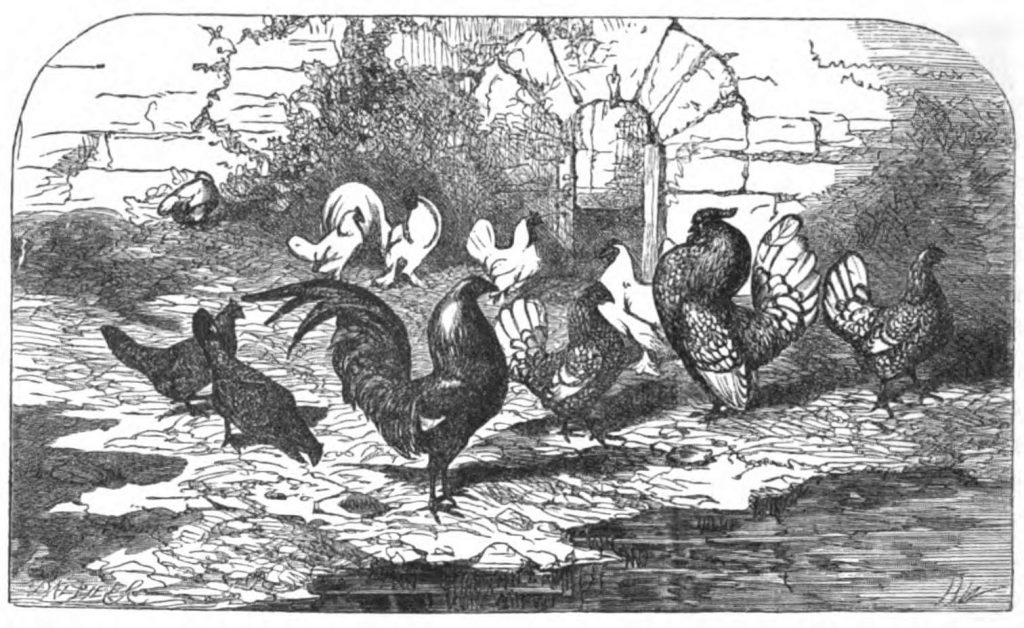 Various Bantam Chickens in the yard by Harrison Weir 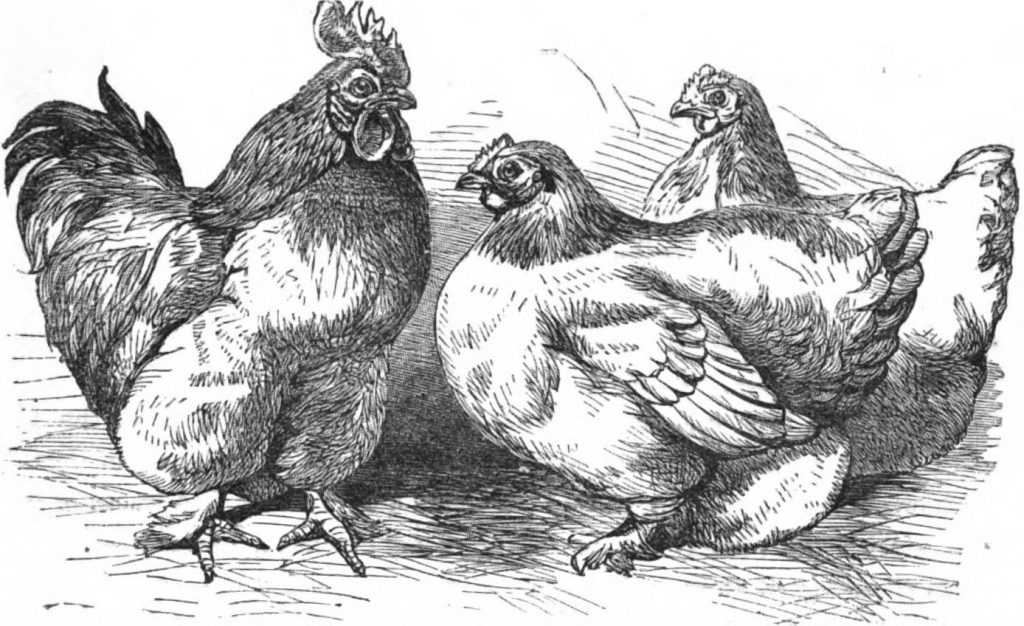