Poultry Blog Home › My Chicken Diary › You Must be Joking!

You Must be Joking!

As I blogged last time, egg laying is slowing as the days get shorter but it’s far from stopped. However, the other day I thought one of the girls was taking the mickey when I went to collect the eggs. 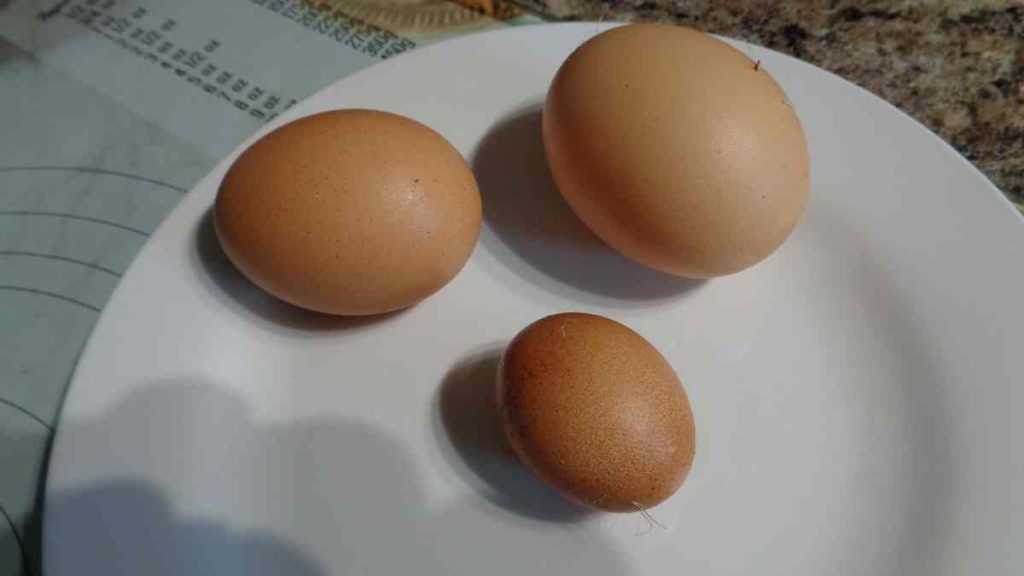 2 normal eggs and a teeny tiny one

There were 3 eggs, great! But one of them was about the size of a quail egg. ‘All righty, which one of you laid that?’ I asked. There was quite a lot of clucking but nobody owned up though. Sometimes we have long conversations – I don’t understand what they’re saying but I do get the impression they understand me. Anyway, they’re good listeners.

It’s not that unusual to get a tiny or malformed egg. Hens aren’t machines and sometimes things don’t go right. It’s nothing to worry about, unless it starts happening frequently. In that case check the hens over and consider worming. Look for red mites or other parasites as they can throw things out of kilter.

Despite the season, we’ve a had a few really bright, sunny days. A couple of days after, we get 3 or even 4 eggs which demonstrates the relationship between light and laying. Incidentally, it’s not their eyes that pick up the light level and affect the system but the pineal gland in the hen’s head.

Chocky, the Norfolk Grey, has been having a bit of a moult so she got treated to some tuna cat-food. The additional protein is helpful when they’re moulting and re-feathering. Don’t over-do it though. The cats aren’t too happy about sharing their favourite but not annoyed enough to venture into the run. 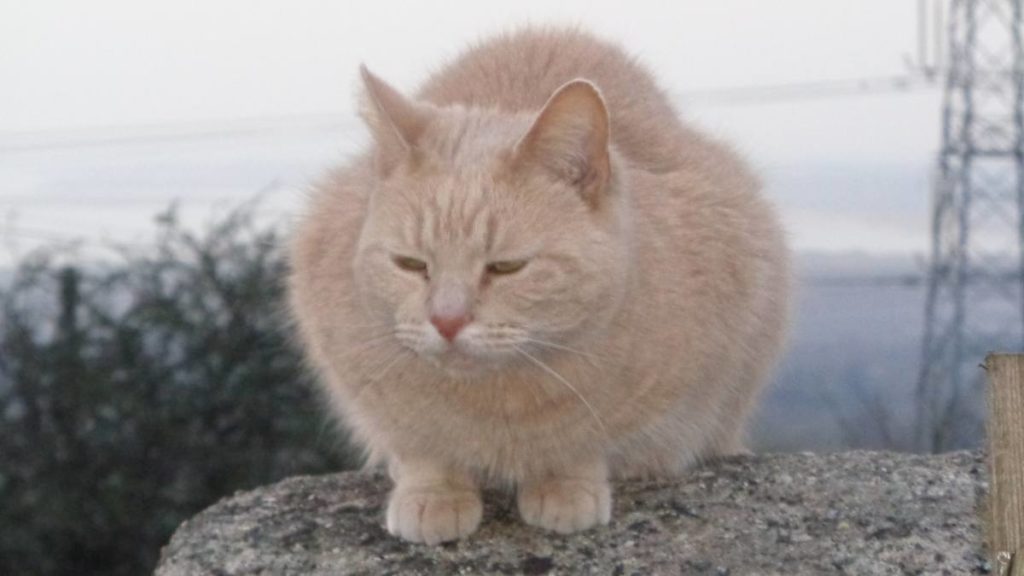 In fact the only cat who is brave enough to challenge the giant sparrows is Amber. She’s actually blind but doesn’t let that cramp her style. She’s curious about the hens and they’re not bothered by her. I wonder if they sense she’s no threat to them. 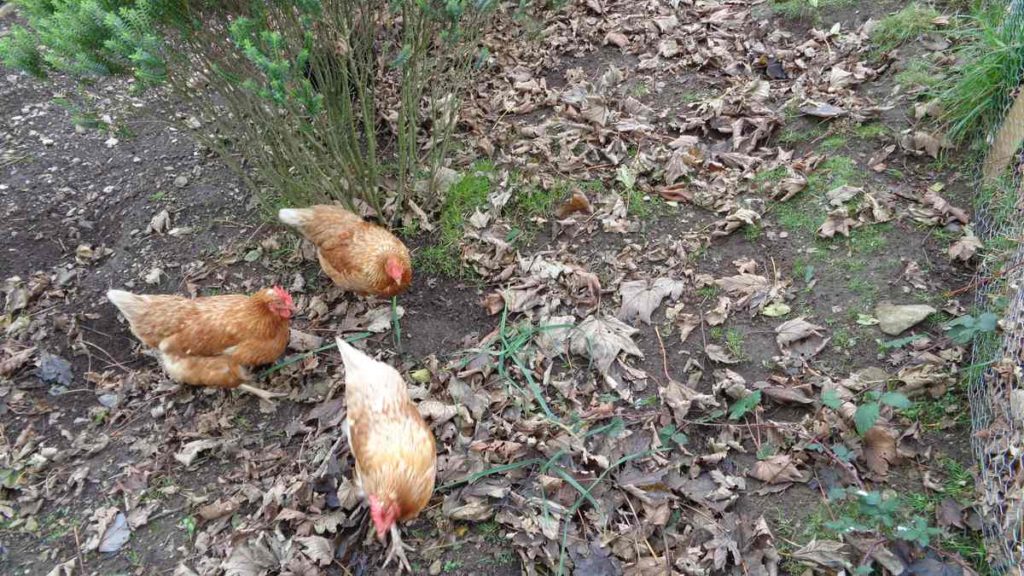 Hens playing in the leaves

The leaves are coming down thick and fast now. Their outside run is covered which gives me a problem. Should I suck them up to make leafmould or just leave them where they are? The girls seem to really enjoy kicking them about and seeing what’s hiding under them.

Leave a Comment Here on You Must be Joking! Cancel reply