In my last post I mentioned that Chocky the Norfolk Grey was moulting. Well one of the Nova Browns has decided to join in and is moulting as well. 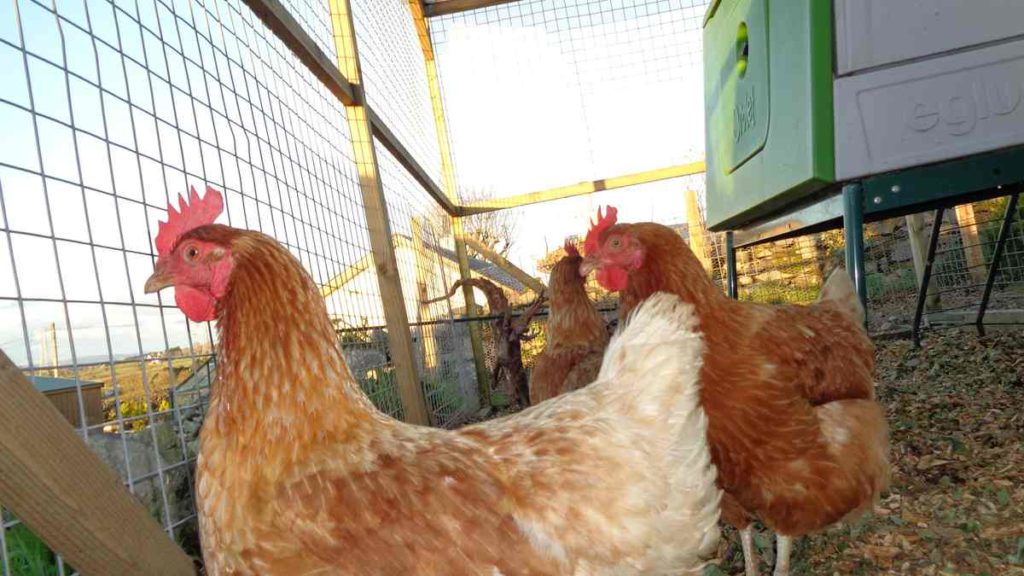 I’m sure he’s got the treats bowl….

I also mentioned I’d given her some tuna cat food to increase her protein intake. Moulting takes quite a lot out of the hen so the extra protein is welcomed by their system. I think I should explain a bit though.

As a general rule: Never give cat or dog food to chickens – without checking the ingredients. Looking at the side of a tin of fish cat food it states in the ingredients, Meat and Animal Derivatives. As sure as eggs is eggs, that means it will contain chicken. There’s probably no scientific reason why feeding chickens cooked chicken is wrong but I know it is.

The tuna cat food I give them is just tuna and a little vegetable oil. It’s actually a cheap one but don’t tell the cats or they’ll stop eating it! 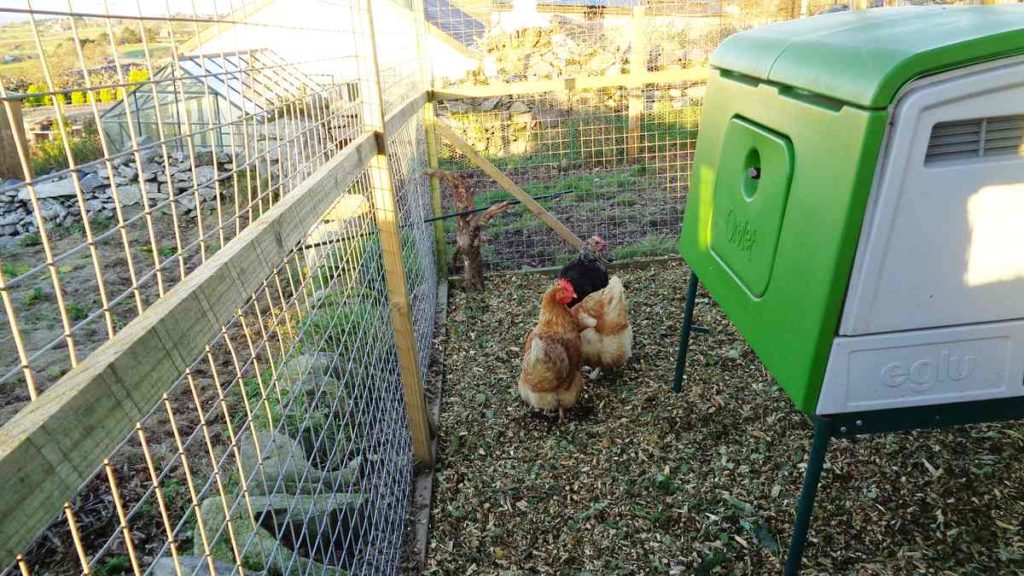 The secure run with new wood chips about 2 ins deep

As the nights draw in and the hens spend more time in the coop, the amount of droppings in there increases. And the weather makes cleaning out more of a chore. If it’s pouring with rain or sleet is blowing horizontally not a pleasant task. But if you want healthy birds don’t let it go.

In nature the flock moves on, leaving their poop behind them. In winter you need to clean out more frequently, not less. If not you’re asking for disease problems and if it really builds up the ammonia given off by the droppings may reach such a high level that the hens don’t want to go into the coop at night.

Deep litter systems where cleaning out the droppings is infrequent rely on the added wood chips, sawdust or straw to absorb the nitrogen that the droppings are so rich in. The carbon in the bedding materials locks up the nitrogen so preventing the ammonia release. Chickens are quite sensitive to the smell of ammonia – probably a trigger to get them to move to new roosting trees in the wild. 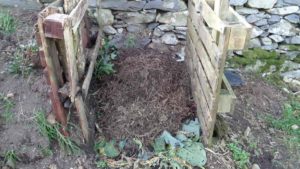 Old litter in the compost bin.

Out hens will be spending more time in the shelter of the secure run now the weather has changed. They’re shielded from the rain and winds in there. So the bark peelings in the secure run came out and a thick layer of fresh wood chippings went in. The old materials have gone onto the compost heap where they will gently rot down over the winter until helping the plants grow next year.

One of the joys of having an Eglu Cube is that there are no repairs needed before winter. The ventilation system doesn’t create drafts and the double skin holds heat in the winter as well as keeping things cool in the summer. The secure run provides shelter from the elements when they’re outside and bio-security from wild birds in case of another avian flu alert.

So, we’re all ready for whatever winter throws at us.