Poultry Blog Home › My Chicken Diary › Should you push for Winter Egg Production?

Should you push for Winter Egg Production?

The other day our 5 hens gave us 5 eggs which is remarkable at this time of year and got me thinking about winter egg production. 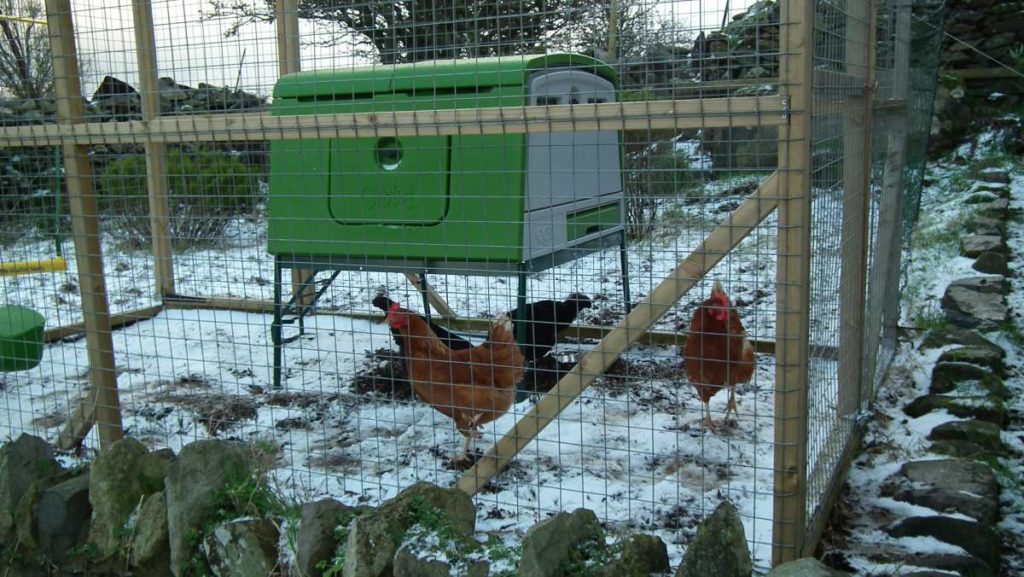 Some hens are pets and the eggs are just a bonus but to smallholders and farmers they’re livestock who’s task is to produce eggs. The economics are such that commercial poultry farmers have to get maximum egg production to get maximum profit.

If you go back to the early part of the 20th Century farmers knew that egg laying would slow down in winter and speed up again come the spring. Since eggs were seasonal, they fetched a premium price when production was slow.

Research was undertaken on how to increase winter egg production and some of the methods tried did result in better production levels per hen. 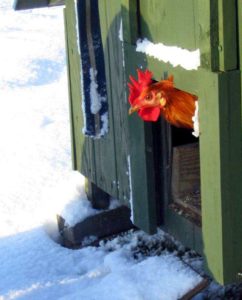 It was reasoned that winter is colder and the hen would need more energy to keep warm and, therefore, if they were kept warm through the winter egg production would rise. The hen wouldn’t divert energy to keeping warm from egg laying.

On the same lines, if the feed was improved to provide more energy, again winter egg production would rise.  So combining both, warm quarters and better food should result in them laying just like it was summer.

Well the results were disappointing. There was an increase in the number of eggs laid over winter but nothing like summer levels. What was the reason?

As the century went on, electricity started to become commonplace and it didn’t take long to discover that keeping the birds with a light on would result in increased winter egg production.

Now this confused researchers no end. Even if a hen was blind or blindfolded she would react to light (when it came to laying) just like a sighted hen. We now know the reason, the puzzle was eventually solved.

Chickens, like most birds, use their ‘third eye’ to detect light and daylength so they can lay their eggs when the chances for hatching and fledglings are highest. Don’t worry, I’m not going all mystical. The bird’s third eye is the pineal gland which is located just under the skull in the middle of the forehead. The skull is thin enough to allow bright light through and light for a long enough period stimulates the gland to release the hormones that prompt laying. (Yes, Game of Thrones fans – there are 3 eyed ravens!)

More Eggs in Winter is Easy

So armed with modern knowledge and electric lighting, it’s easy to bring winter egg production levels up to those of the summer. But should you?

A commercial egg producer will take pullets – chickens lay most eggs per week in their first year – and then replace them with new stock. The old go for pet food although a very small number are ‘rescued’ as ex-bats.

One farmer in Sweden sells his ex-layers as boiling fowl which is, at least, making full use of his livestock. I believe that if you eat meat you should respect the animal that has died for you and at least make good use of it.

Using artificial lighting to keep laying up in winter makes financial sense – getting the most from the birds before they go. 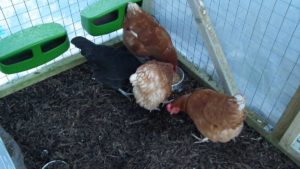 The flock of hens enjoying a warming breakfast of mixed corn

Home keepers, who basically have hens as productive pets, will most likely keep their birds until they die of old age. Adding lights to the chicken house or run will ensure winter eggs and can be done cheaply.

But – high frequency laying is a strain on the bird’s system. And she is hatched with all the ova to produce eggs she will ever have already there. So she’ll run out of ova to make eggs sooner than a bird who spreads production over a longer time. Her lifespan will be reduced because she never gets a break from high frequency laying.

For home keepers who have them as pets, that’s something to consider carefully.

You will get more eggs in winter by ensuring they have plenty of food. I feed layers pellets ad-lib and give an additional meal of mixed corn in the late afternoon so they go to bed with crops full of high-energy food to keep them warm. In very cold weather they get a mixed corn breakfast too.

I feel that giving them greens also helps – it certainly keeps them happy.

Keeping them sheltered from the worst of the weather and warm at night also helps. The Omlet cube we have for them is double skinned, keeping warmth in at night. You can also get additional coop insulating blankets to keep then snug in the coldest weather.

This way, the hens have plenty of energy to cope with laying and keep in good condition but they are not being pushed beyond their natural levels. 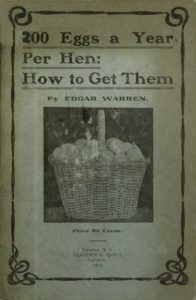 You may find these articles from Edgar Winter’s 1899 Classic – 200 Eggs a Year Per Hen: How to Get Them interesting.

Leave a Comment Here on Should you push for Winter Egg Production?