Laying Slowing Down & Care with Feeding

Now autumn is here and the nights are longer than the days, the hens are laying less. It’s a natural reaction to winter’s approach and falling temperatures. 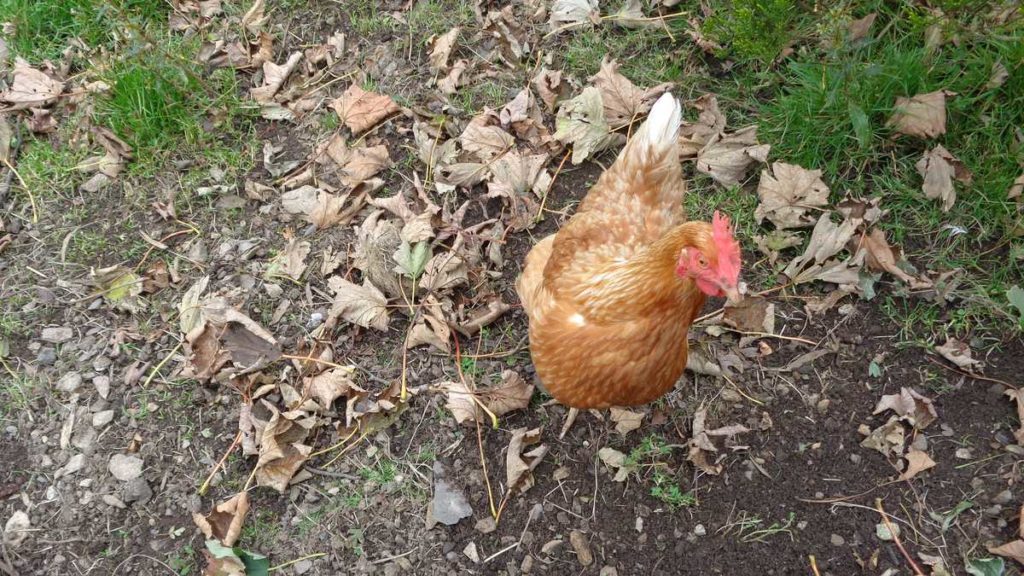 Chocky, the Norfolk Grey, usually only lays 2 or 3 eggs a week which is partly because she’s a pure breed and bred to lay less and partly because I think she’s older than was made out at the sale which reduces the lay rate. The 3 Nova Browns, Charlie, Charlie and Charlie as my grandson named them, were laying an egg a day each until recently but now they’re missing days.

Instead of 3 or 4 eggs a day, now we’re getting 2 or 3. I could keep an accurate record of egg production but to be clear, these are pets who reward us with eggs as well as their company. There’s no point in tracking performance, they’re not livestock. If we don’t get enough eggs for us then we’ll get an additional couple of hens.

We could increase winter egg production by increasing the daylength with artificial lighting but we won’t. Hens are living creatures, not egg making machines and forcing them to produce continuously can’t be good for them. Making and laying an egg is big drain on their systems, so I’d rather they had some rest.

Winter eggs used to fetch a premium until electricity on farms became common and lighting was found to be the key. It’s odd how long it took for people to realise the link between daylength and laying. The old books seemed to blame temperature and so concentrated on improving diet to provide more energy to compensate.

Diet is extremely important with hens. The old breeds that laid less could get by on a less than perfect diet. Modern hybrids, the sort of breeds used in commercial production, are working on the edge of what is possible for their body. If they don’t get enough calories, vitamins and minerals then not only does the egg laying rate slow but their health deteriorates.

For example, if they do not get enough calcium in their diet they will literally suck calcium from their own bones to produce egg shells. Effectively giving themselves osteoporosis.

Layer’s pellets are formulated to provide the ideal balance of nutrients to keep the hens in production and healthy. But hens get bored with an endless diet of pellets. They naturally eat a wide range of foods. A bug here, a worm there, a few seeds, some tasty weeds and some grass all contribute to a natural diet. 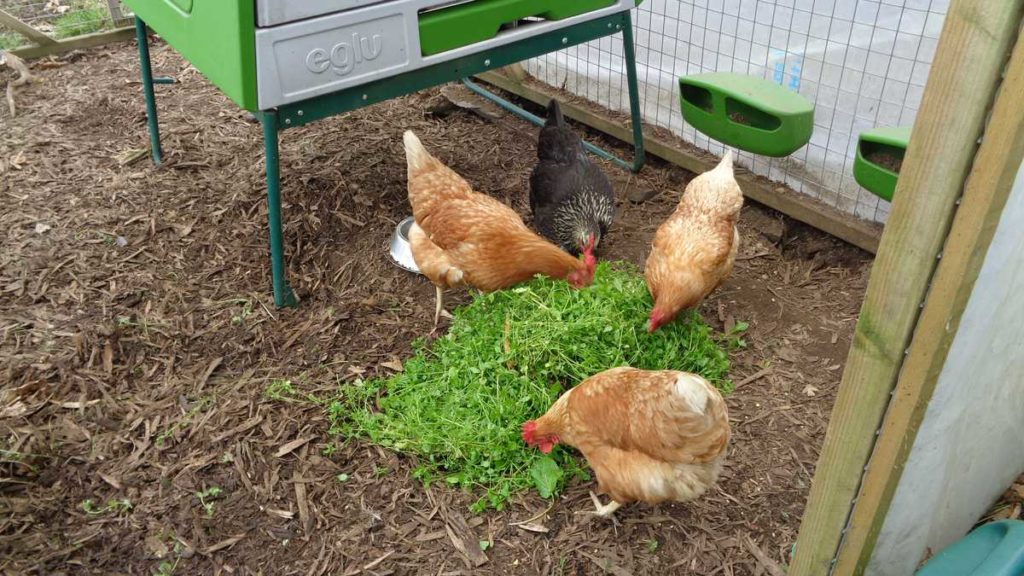 Hens eating chickweed – they love it!

So, whilst we want to keep our hens happy by giving them a varied diet and treats like tomatoes or a handful of grain, we have to be careful. Just like my grandson who would happily live on a diet of chocolate and biscuits, hens need a balanced diet to be healthy.

So give them treats by all means but not too many. It’s hard, probably impossible, to give any hard and fast rules. Breed, age and time of year all effect laying and feed requirements so we just have to guess and accept that there are times when you have to be cruel to be kind.

Leave a Comment Here on Laying Slowing Down & Care with Feeding