The weather is wonderful again today. I’m loving it, but the chickens seem a little unimpressed and the ducks are guzzling water quicker than I can top it up! By 9am the two ex-barn girls were screeching at me about the sun whilst hiding under the shade of one of the trees. Treacle (Speckled Sussex) doesn’t seem to mind too much, but she has been spending most of the morning by the drinker keeping her fluid levels up. I have already today topped the ducks’ water up twice!

The new ducklings are doing wonderfully. Sadly the last little one didn’t hatch. It had been pipping, but overnight on Wednesday Eve pushed it out and in the morning she brought the three ducklings out into the run for the first time. The ducklings are scaring mum though as she can’t work out why they insist on climbing into the water dish I have given them 😆 The ducklings are proving to be just as messy as their parents and I have been topping up their water hourly and collecting up the scattered chick crumb in the run. 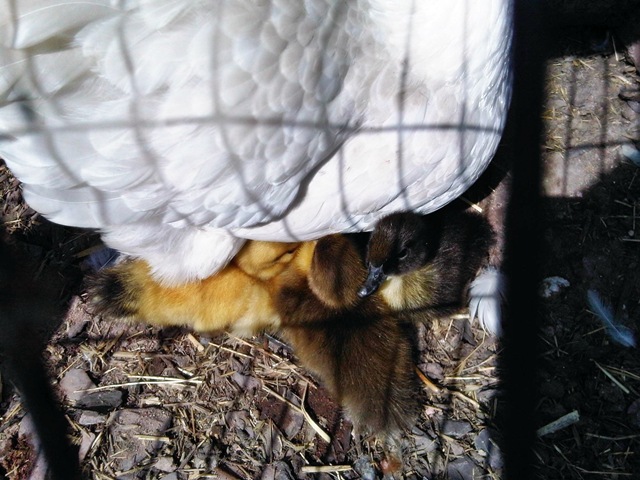