It took longer for everyone to settle down than I hoped. The Rockettes (Black Rocks) discovered they could fly up on top of the coop but the Charlies can’t. This meant they weren’t really sorting out the pecking order. Also the Rockettes were being kept off the feed until I put the old guard out into the big run. 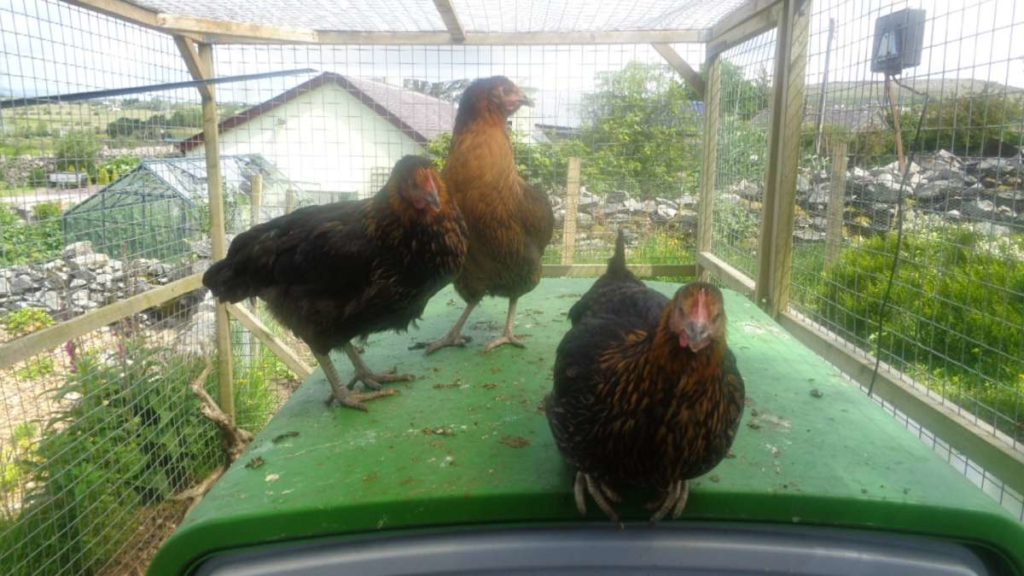 We’re staying up here until those nasty ladies stop beating us up.

Tried wing-clipping the Rockettes but, as I feared, it didn’t make much difference. Their power to weight ratio is enough to easily get them up on top of the coop even unbalanced. Happily we’ve had no more escaping from the main run though.

Eventually things settled down a bit but the Rockettes were still trying to roost on top of the coop at night. It’s surprising how many droppings they can deposit in an hour on there. Lucky for me, washing off the top of the Omlet Cube is easy enough with the hosepipe spray as it was getting mucky.

Each night I’d go up just before full dark and put them into the coop. Then one was in and then two and finally one night they’d all gone to bed. I still find one or two Rockies on the top most nights but we’re getting there. They’re very easy to handle, just that soft grumbly as they complain they’ve forgotten how to get into the coop and are stuck out here.

There’s nobody hiding on top of the coop in the day now and no big arguments at ground level either. The exception is when they get a treat. I emptied out a compost bin and there was a mass of brandling worms at the bottom. They love them! Pure protein wiggling about.

It was like one of those speeded-up Benny Hill chases. They’re all racing around, stealing each others worm and trying to stop anyone else getting a worm. Queen Charlie chases off one of the Rockies which opens up a space for the other two Rockies to dive in.

Chocky, with the wisdom of age, just keeps grabbing a worm and taking it off to eat in piece until one of the Rockies cheekily steals half of it from her beak. That did result in Chocky chasing her with much clucking. The cheek of it! 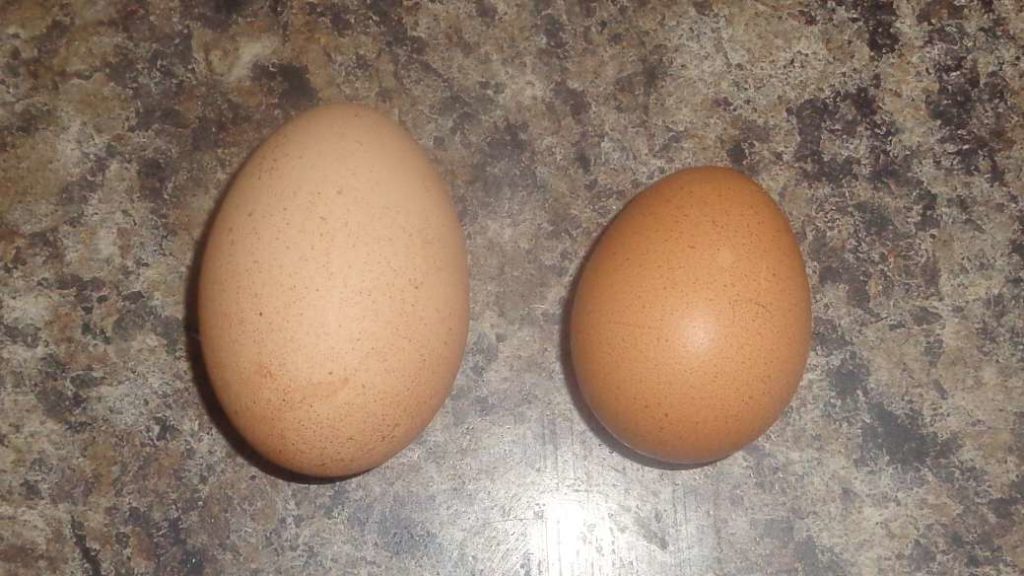 The Rockettes are putting on weight and their combs reddening up so I’ve been expecting them to come into lay soon. Well yesterday it happened! A little smaller than I would like, but an egg is an egg. Fingers crossed, they’ll get a bit bigger with time.

We had an egg attempt too. Egg shaped with yolk and white inside but instead of a shell a sort of leathery membrane skin. These failed attempts are quite common when they start laying and nothing to worry about. It’s just their system getting things sorted.

One comment on “Rockettes Settling In, First Egg Arrives!”