We’ve lost Charlie Three. It’s all very sad but you have to accept that you’ll lose pets. It’s what you do in the time you’re together with them that matters. 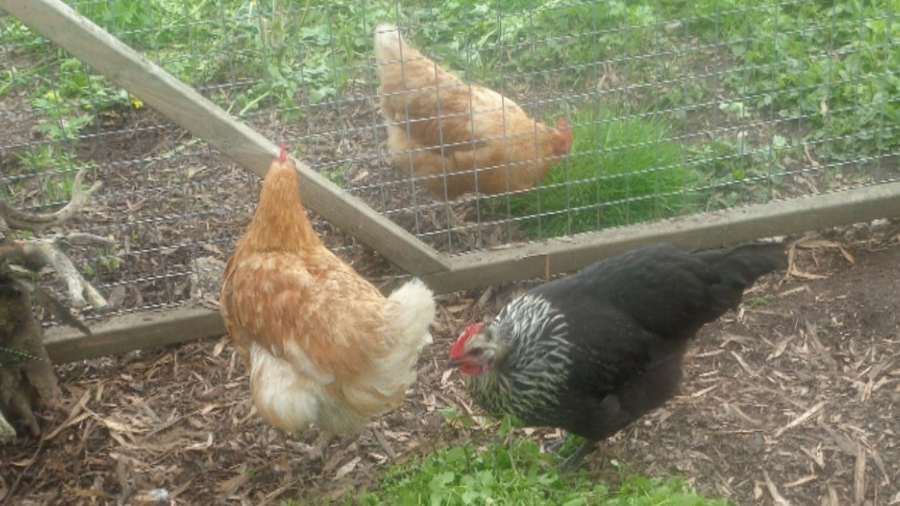 She’s not been good for the last month. First of all she got a bad infestation of Scaly Leg which we did sort out with an application of Nettex Scaly Leg Remover. Just as she was getting over that, she came down with sour crop.

Once again we managed to treat that and she perked up to her normal enthusiastic self. Since feeding one bird alone in a flock is well nigh impossible without isolating her, they’ve all been getting live yogurt. It’s certainly on the hens’ top ten foods list – they go bananas for anything mixed with yogurt.

She was hardly over that when she went into a heavy moult. Moulting takes it out of them. All those feathers re-growing takes a lot of energy so we’ve been making sure she was getting some extra protein in her diet.

Although she’s been a bit lethargic and going up to bed earlier than the rest, she seemed in good form. Her feathers were just starting to come back and she came running for the protein treats with extra vitamins.

This morning she was just dead, passed away in the night. Poor thing looked so pathetic it fair choked me up.

I’m afraid it’s down to the breeding. Commercial hybrids usually have one season of heavy laying after which they’re replaced so all their energy is directed towards egg production. So much so that if they’re short on calcium, they’ll absorb it from their own bones to make the egg shells.

In an earlier post I’d mentioned finding some strange eggs with thin leathery shells, more of a skin than a shell. I’d assumed it was one of the Black Rocks getting into her egg laying stride but I was wrong. When I cleaned out the coop the next day I found three more of these malformed eggs in the droppings tray.

Because we’re getting three normal eggs most days from the three Black Rocks, it must have been Charlie Three. Yet more strain on her when she’s recovering from illness and going through a major moult.

I really do feel our pursuit of profit and cheap food has resulted in us breeding too far. Laying hens used to produce 200 eggs a year under optimum conditions. Now we’re over the 300 eggs a year level. Chickens are living beings that we’re breeding to just be food production machines.

Worse still is the way we’ve bred broiler (table) birds. When I was born in the 1950’s a table bird took around 62 days to achieve a market weight of around 1.5 Kg. Chicken was noted as a healthy, lean meat.

Now it takes just 42 days to produce a 2.5 Kg bird. The meat quality and flavour is down and the amount of fat up. The chickens can hardly do more than eat – many suffer broken legs because they can’t keep up with the rate of weight gain. It’s a cruel obscenity.

Rest of the Flock

Happily, Queen Charlie the Second is still going strong, long may she reign. She’s lording it over the Black Rocks and Chocky, the Norfolk Grey, is her second in command. They’re all very much one flock now after the ‘fun’ of the initial integration and establishing pecking orders.