An email from a reader about an article on the web site raises some ethical points about how we handle controlling vermin like rats. I’d be really interested in hearing what others think on this topic in the comments below. 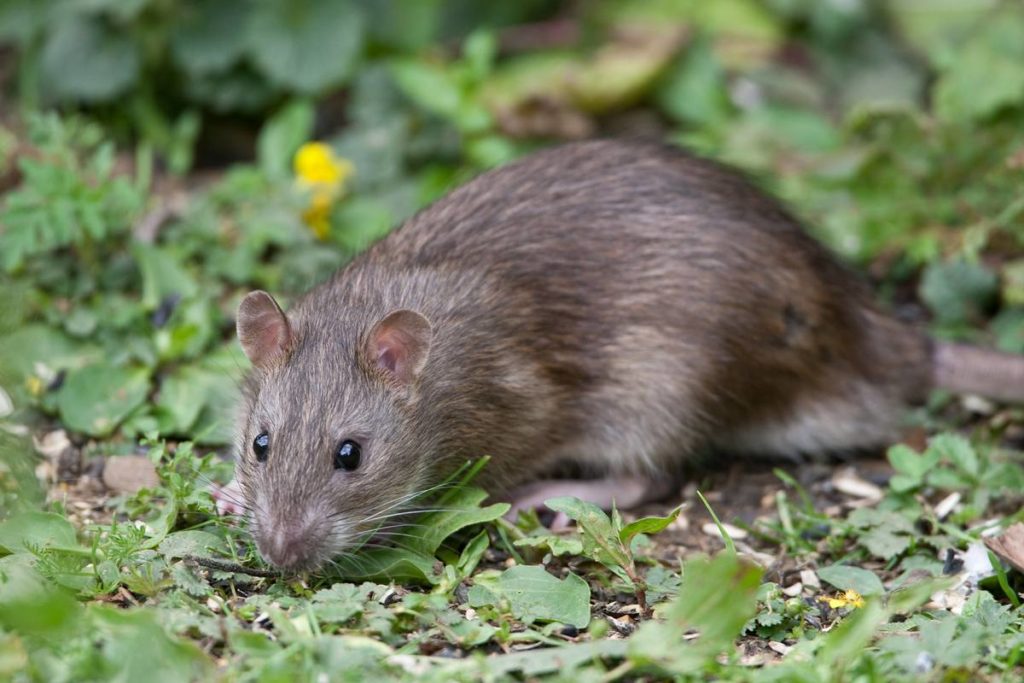 Rats are really quite cute!

In your article on the problem of rats around chickens you mention the use of poisons to control rats and state <<< One old fashioned poison that is safe is cheap and easy to make yourself is to mix equal parts of corn meal and plaster of Paris and place it in the rat holes. The plaster of Paris hardens in the stomach of the rat causing death. >>>

I can’t think otherwise than that this is immensely cruel, as the animal will die slowly in agony. Many people hate rats enough that they don’t care about how they kill them, but rats are living creatures and as human beings surely we should be concerned for the welfare of all animals, including how they die?

I know rats have to be killed, for the reasons you quote, but please don’t use or recommend such a horrible way to do so. I’m not a do-gooder townie who doesn’t understand the problem – I am a smallholder for the past 23 years and was born and bred on a farm.

Also the mix could easily be eaten by poultry and other unintended creatures.

To address the last point first, about the poison being easily eaten by poultry and other unintended creatures. I do make the point that proper bait dispensers will make sure the rat will access the poison but not other animals.

As a society we’ve a consensus that there should be constraints and controls on how we treat animals including how we deal with vermin. For example, we have banned traditional fox hunting with hounds.

Yet we still allow the hunting of rats with dogs. Having said that, a pack of terriers are an effective way to control a farm infestation and the rats are killed very quickly by the dogs. They’re not chased in terror for miles across country until they are caught as was the case with fox hunting.

In my opinion all the poisons available for rodents are going to cause significant suffering. They don’t just gently fall asleep and then pass on painlessly to rat heaven.

The most commonly used rat poisons are anticoagulants like warfarin which prevent the blood from clotting. The rat dies from internal bleeding over a period of time. This is neither pleasant nor painless and the animal will suffer for days.

There are many different  rodenticides available but none of them are pleasant or painless either. Strychnine for example causes convulsions and is reputedly a very unpleasant poison. Nitrophenols cause fever and brain swelling.

So I agree the use of plaster of Paris as a poison is not a nice way to kill rats, but I don’t think we can say it is particularly worse than other poisons. I don’t know that there has been a study of lethal poison pain – except we know that ingesting cyanide (as in the suicide pill taken by Hitler) was very fast. But how painful many lethal poisons are, nobody alive knows.

A poisoned rat will be more likely to be caught by a predator like a fox, dog, cat or buzzard. Even chickens will have a go if the rat is so enfeebled as to not be a threat. Once dead, the carcase could be eaten by rooks and crows or any of the predators who are partial to carrion. This is called secondary poisoning.

There are poisons such as powdered corn cob and corn meal gluten that avoid the secondary poisoning problem but these cause death by dehydration – perhaps more humane than warfarin or plaster of Paris but I wouldn’t bet on it.

My Personal View on Rat Poison

Nature is often cruel – I feel pity for rodents and rabbits caught by predators, but that is nature’s way. My chickens and my cats are pets that I don’t want to put at risk but as the cats effectively control the rodent population I don’t need to use poison or any other control method.

I actually think rats are quite cute and have a place in the ecosystem but once they over-breed and become a problem they have to be controlled. Poisons are one of the most effective ways to control them – some would argue the only practical solution in most cases. But the effective poisons are not humane.

The old plaster of Paris poison isn’t humane but neither are the other poison options. At least it removes the possibility of secondary poisoning when used with care.