Helping a Fellow Bird Out

They use the phrase ‘Bird Brain’ to describe someone who is silly and stupid yet birds are far from that. True enough, they sometimes find things confusing but crows, for example, have been shown to make and use simple tools.

We know they trace their ancestors right back to the dinosaurs – a couple of hundred million years more evolution behind them than we have. Their eyes and vision are superior to ours for a start. But what about their brain? 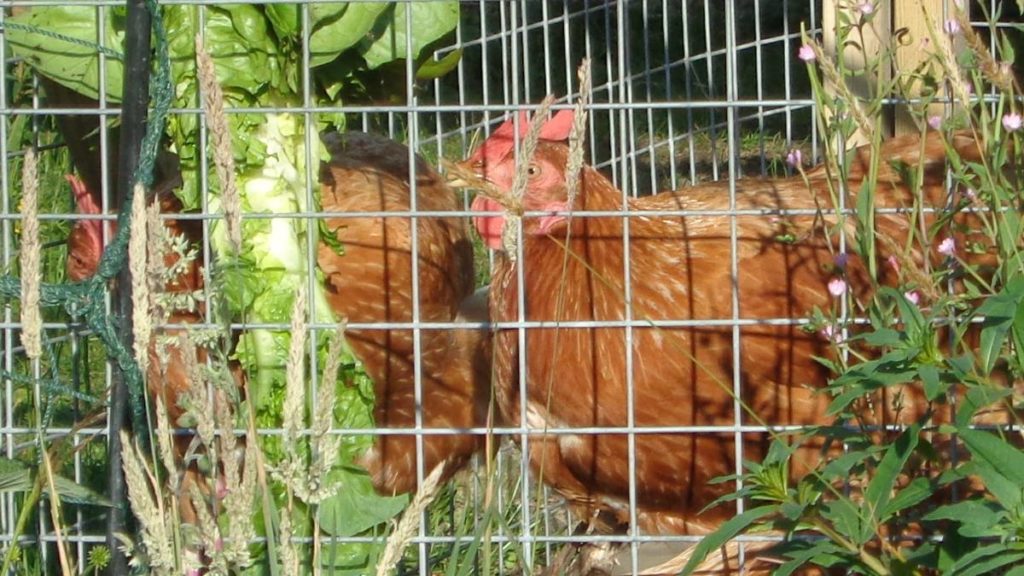 Chickens have complex social structures, the pecking order as we call it. If not stimulated they can turn on each and fights break out. Some scientists believe that intelligence evolved in people to primarily help them in the human pecking order. If that theory is correct, chickens should be at least as clever as we are.

Even I wouldn’t try to argue that chickens are as clever as we are. Sometimes they can be remarkably slow on the uptake but that’s because we’re expecting them to learn things that are outside of their nature. I wonder what we miss?

Chickens certainly learn things that are relevant to them. If you feed hens something that makes them ill, they’ll remember and not eat that again. Our girls quickly learned that the sound and sight of the steel bowl means a treat is being served.

I actually use that to get them to follow me from the run to the veg plot when I want them to do some pest and weed control. As long as you keep the bowl in their eyeline and tap it so they get the audio reinforcement, it’s quite easy. They do get easily distracted though so it’s not fool proof.

Anyway, this is odd, the other day they behaved in a way I didn’t expect.

Now you can just about see the bush from the chicken run. The chickens were up at the side of the run and making such a racket that I came running thinking the fox was in the run. Normally when I go to the run they all come to me hoping for treat of some sort but not today. They were staring at the bush and what was happening over there, obviously agitated.

So down to the bush where I shooed the cat away and released the blackbird that flew off. The chickens immediately calmed down and went off scratching and pecking. Was it empathy with a fellow bird in trouble? Perhaps just a reaction to a predator but they’re not bothered by the cats.

The Cats and The Hens 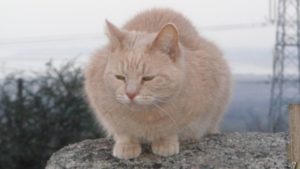 Our blind cat Amber got into the run one day, just curious what these creatures were I think. The hens just ignored her, even when she sniffed at them.

Lotty, the cat who was after the blackbird often looks at the hens from outside the wire. She’s not going to tackle a bird far bigger than she is. The hens just ignore her as well. So it’s not that the hens consider the cats a threat to them.

Perhaps they were trying to warn the blackbird with all the commotion or maybe shouting at the cat to leave their friend alone. I really don’t know.

Talking of odd bird behaviour, we’ve had a problem with a couple of young crows recently. They’d taken to knocking on the windows and cawing loudly.. just after dawn. Perhaps they’re arguing with their reflection but they can obviously see us yawning and muttering crossly on the other side of the glass.

Leave a Comment Here on Helping a Fellow Bird Out