I’ve been researching alternative feeding regimes for hens. As you may have gathered from things I’ve written like feeding chickens on scraps, I believe the current legislation in the UK is at best ill-judged and probably influenced by large feed manufacturers who would prefer we buy their products.

The large commercial egg producers wouldn’t dream of using food waste. Their industrial systems are based on feed inputs obtained for the lowest cost in controlled amounts delivered by mechanical systems. But home keepers and micro producers at least might well be better off with an alternative system.

Since it’s illegal in the UK to feed even pet hens on food waste and the large producers aren’t interested in alternative feeding, there’s no research from this country available. There’s quite a lot of current research and experimentation amongst micro-farmers going on in the USA who, in this area at least, have more sensible legislation.

The problem I have with the US information is that I’ve only found Youtube videos so far.
The ones I’ve found are superficial and lacking hard facts like how much is ‘some grain’ and what the laying rates are. 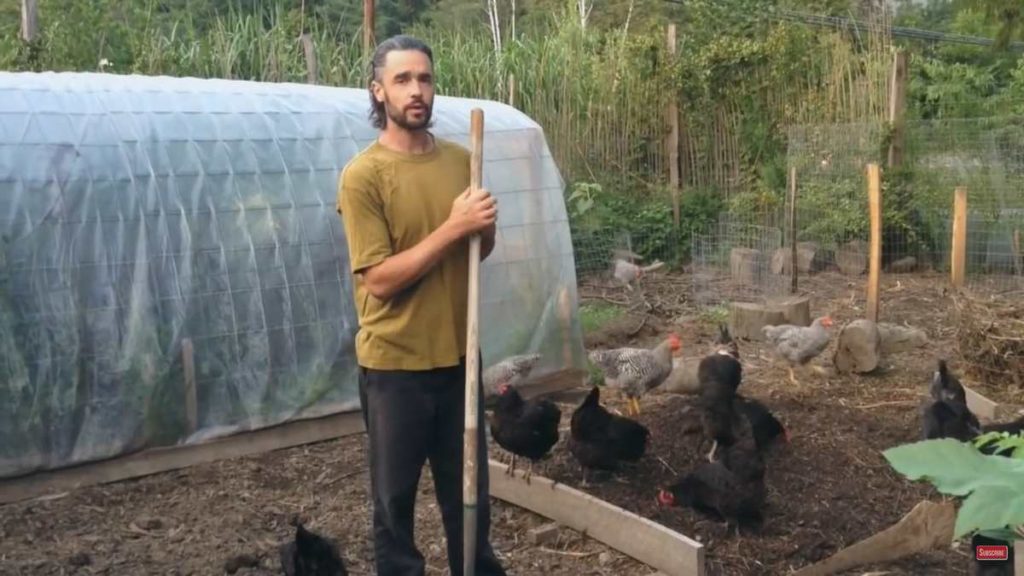 One system that seems to offer potential for smallholders is compost fed chickens. It takes up a fair bit of space, so not really suitable for the average home keeper here in Britain with our small gardens. The system is beautifully simple and gives the hens total freedom to express their natural behaviours like scratching over.

The best applicable information I’ve found so far on alternative feeding for egg production for home keepers actually dates back to the second world war. At that time eggs were on ration but home poultry keepers could forego their egg ration which entitled them to buy poultry feed. The poultry feed was also rationed.

Rather than feeding on layers pellets or mash, the feed they could obtain was known as ‘balancer meal’ It was formulated to provide the basic needs on the assumption that the main part of the diet would come from the keeper’s waste bins and garden.

I’m currently reading a fascinating work from 1944 on feeding laying hens for egg production. It’s only 50 pages but they’re packed with information from an experienced poultry farmer. More on this soon.

Leave a Comment Here on Alternative Ways of Feeding Chickens