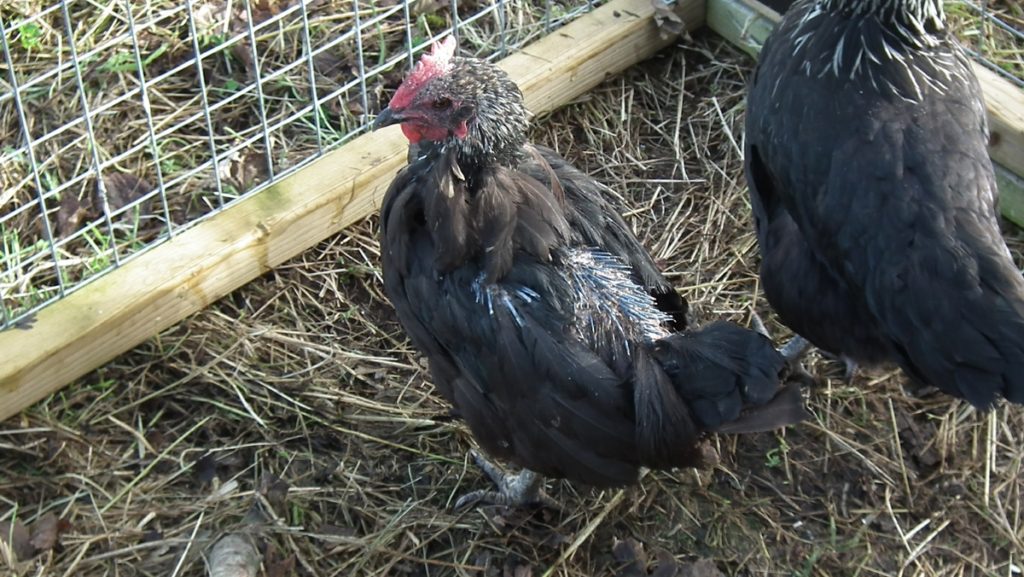 Bob’s Back Looking Much Better

Bob’s back is feathering up nicely. Her back still looks odd and she’s moulting too which makes her look a bit of a scruff. I think she’ll be looking more like in a couple of weeks at this rate.

I’m so pleased we got her at the auction. It was a bit of a gamble but a little TLC and magic spray has done the trick. Soon she’ll be the flock’s beauty queen!

After the recent escape of one of the Charlies (as all the Nova Browns are named – despite it sounding like a really awful boy band) the scissors were in action and wings were clipped.

It always looks as if it should be painful but it’s about as painful for the bird as us having a hair cut. The theory is that, being unbalanced, the bird won’t fly. Well can someone please explain this to the hens!

I added additional catches to the base of the doors since it felt just possible to push the doors open at the base and squeeze in (for the fox). £3 and 10 minutes is well worth the effort if it keeps the flock secure.

So there I am, kneeling on the ground outside the run and fixing the hooks on when I realise there’s a hen on my left. She’s looking at the little pile of screws trying to decide if they’re edible.

As I stand up to put her back where she belongs, I notice another Charlie behind me. I’m now trying to source a chicken sized ball and chain to keep them where they should be. The Norfolks would be a nightmare to get back but the Charlies follow me around. You never know when a treat might appear. 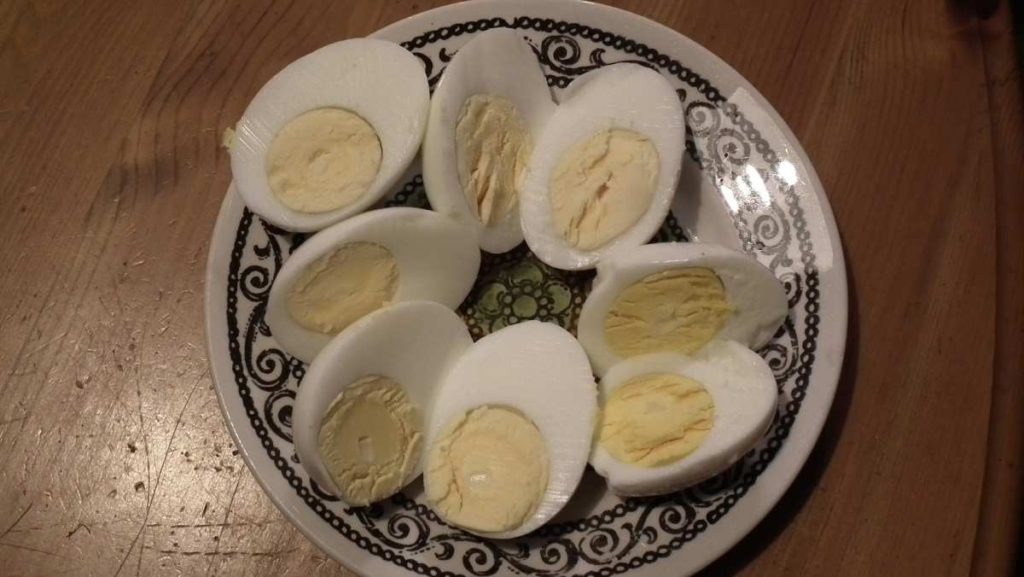 After having 4 eggs the other day, we’ve had 2 eggs and today 3. A couple of the young Charlies are just coming into lay so it’s going to take a little time to settle down. Mustn’t forget the days are quickly getting shorter as well so the time of year is against us.

The other night we had an egg and spinach curry. (It’s delicious and on the favourite list) We reduce the amount in the recipe as it’s just feeding two of us. The eggs are hard boiled and then we slice them in half. Since peeling the shell off older eggs is much easier than with fresh eggs, we used our last three shop bought eggs and our oldest which was still very fresh.

It was really obvious which egg was ours when the eggs were sliced. Our egg yolk was distinctly darker and richer looking. Unfortunately it’s not so obvious in the photo I took but in reality you wouldn’t guess wrong. Our egg is bottom right, by the way.