Poultry Blog Home › My Chicken Diary › 2 Surprises from the Hens

2 Surprises from the Hens 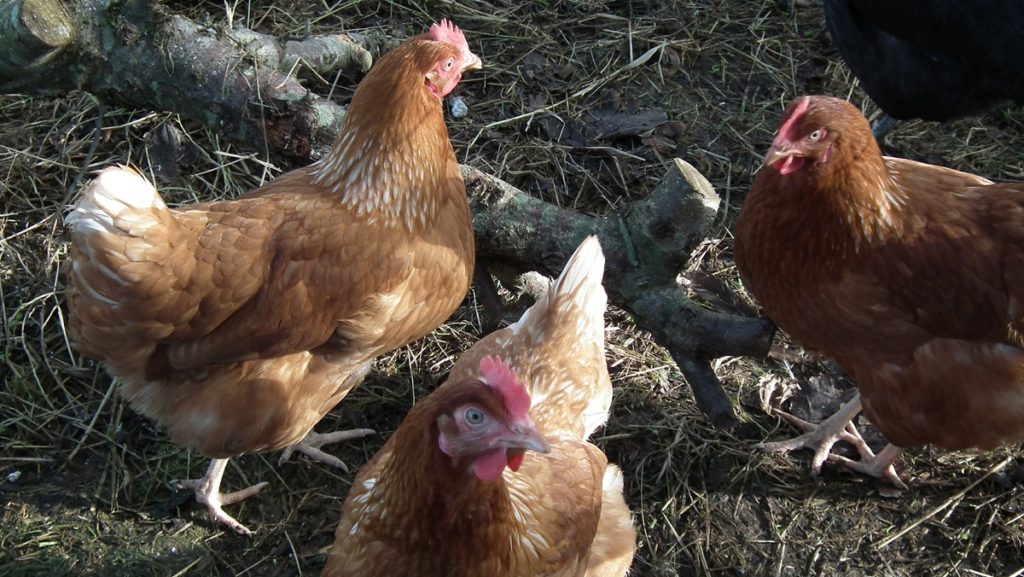 We had to pop out for an hour yesterday just after lunch so I thought the hens would be fine in the large netted run. The main risk times for foxes are, as with other hunting carnivores, dusk and dawn. So I was pretty sure they’d be fine. Yes, there’s a risk in the day but life is risk.

If I was keeping them locked in the fox-proof run all the time, well then I may as well keep them indoors on a deep litter system.

Anyway, man makes plans and the gods laugh, as the saying goes. Things took a lot longer than planned and we didn’t get back until just after 5 pm. By this time I was getting really worried. I’d also intended to top up the feeder, which I knew was getting low. I wanted to make sure they went to bed with full crops.

Got out of the car and headed straight up to check on the ladies which is when the first surprise happened. One of the Charlies – Grandson Gabriel has named all three Nova Browns Charlie – came running down the path to me!

I’d like to say the Charlies actually like me and they come to me out of affection but it might be more to do with associating me with the chickweed and those tomatoes they love. I’d had a few split tomatoes in the greenhouse that they really relish. Chickweed goes down well but tomatoes are better than sliced bread.

So, I pick up Charlie and take her up to run. Oh dear, the food has run out so take that off to the shed to fill up but first a head count. One of our Charlies is missing! If something has happened, how am I going to explain this to Gabriel? He really loves his hens and he’s a bit too bright to get away with telling him “she’s gone on holiday”.

At this point, Cara and Gabriel turn up – they knew we were out and wanted to make sure the hens would be put to bed safely. The search begins and we hear gentle happy hen sounds coming from behind the compost bin. Phew! Everyone is safe and sound. 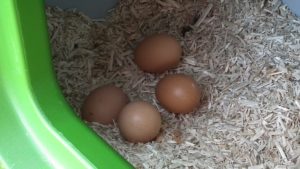 So the girls are filling up for the night from the re-filled feeder and we check the egg compartment – which I had intended to do before we popped out for an hour. That’s when we had the second surprise of the day. Not the usual 2 eggs, but 4!

I wasn’t expecting that. At this time of year, with the shorter days, you don’t expect many eggs being laid. I’m not complaining.

One thing we did notice was that the first couple of eggs we had when we got the hens were pale yolked. Giving them greens, mainly chickweed, and treats like split tomatoes has had a big effect on the eggs. The yolks are now a rich deep yellow and I think they have a better flavour.

Leave a Comment Here on 2 Surprises from the Hens