Poultry Blog Home › My Chicken Diary › Helping in the Garden

Helping in the Garden

I finally got round to planting out and sorting one of the deep beds this week. As always digging over is a team sport and on more than one occasion the chickens nearly lost their heads!

As well as the deep bed we filled a couple of old tyres for some seed potatoes that are past their best but worth a go anyway. The chickens decided that this was of course their new dust bath and the three of them took it in turns tossing all the nice compost out all over the garden….

While the chickens were helping in the garden the chicks seem to have been growing so fast that each morning it looks like they have yet again doubled in size.

The two faverolles are pretty much certainly boys but the two buffs are yet to develop any form of comb so I’m being hopeful that they will be joining the two cream legbar girlies with the oaps and not becoming dinner too.

On Tuesday Sid (my little quail boy) had an incident with his beak. Over the past week or two I notice his top beak was overgrowing and overlapping his bottom beak and was keeping an eye on him to check he was eating and drinking ok.

Unfortunately while mating on Tuesday half of his top beak ripped off! There was blood everywhere and I thought the worse. After a little clean up though it seems he is ok, albeit self beak trimmed! The wound has healed and he is still eating, drinking and mating so fingers crossed he has non lasting harm. 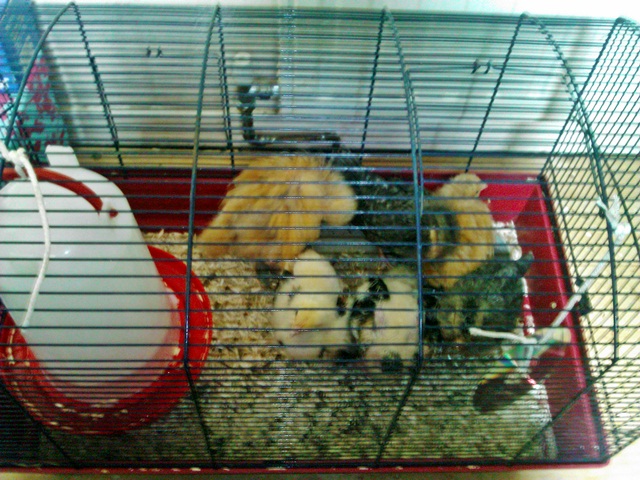 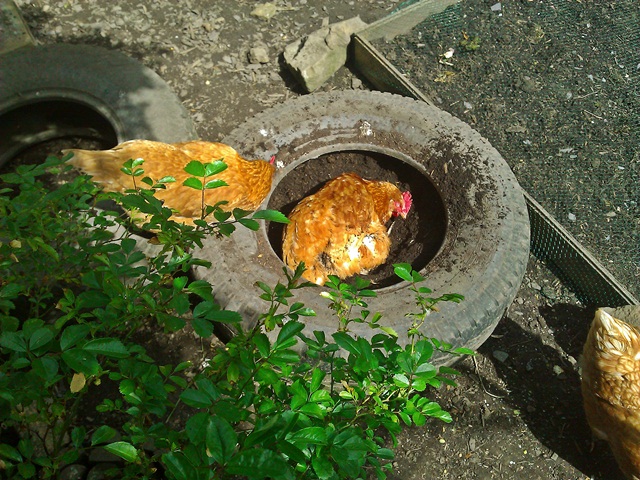 Leave a Comment Here on Helping in the Garden