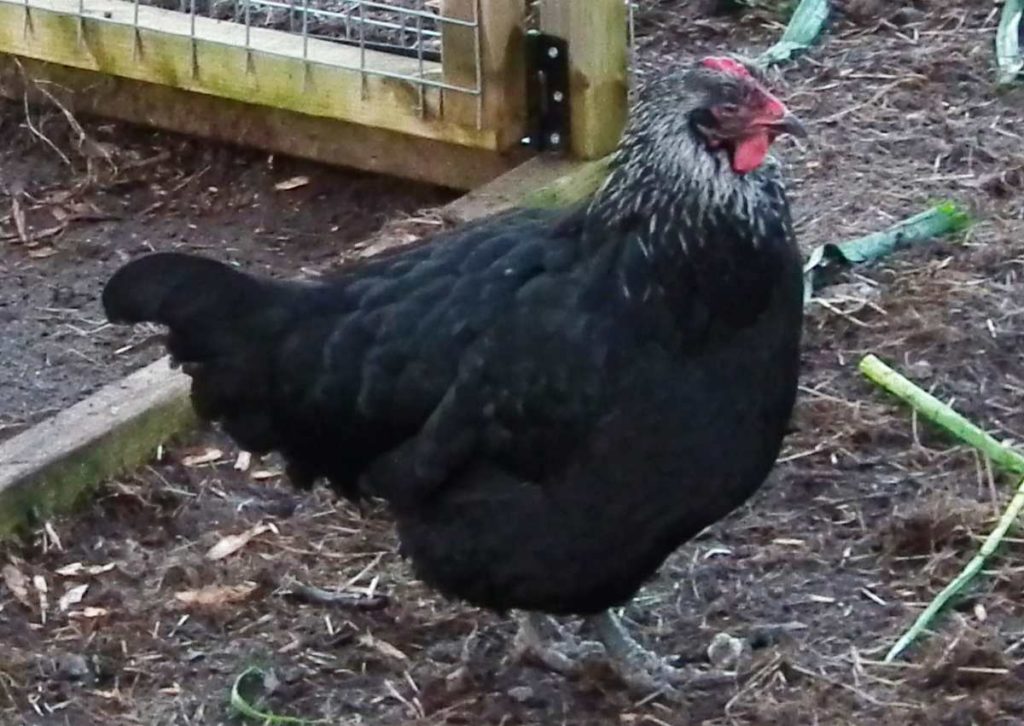 Bob the Hen looking a lot better this afternoon.

I went up to the coop to open up this morning feeling dread, wondering what I was going to find. Would Bob be alive or not going through my mind. She looked so rough yesterday that if I was a betting man, I’d have bet on her being dead today.

Anyway, I opened up the coop and the 3 Charlies rushed out to get to the remains of last night’s corn followed by Chocky who took one look at the scrum and headed for the pellets. But no Bob.

I opened up the back of the Eglu and she was just heading for the door. The last thing I wanted to do was stress her in any way so I left her to come down in her own time. I went back up an hour later and wow! She was standing by the door looking more like her old self. The hunched posture was gone and she was showing interest in what was going on.

Even if she’s looking better, it’s still a good idea to worm them and treating for coccidiosis won’t do any harm. The treatment for worms has to be Flubenvet for my money. With Flubenvet the easiest way is to buy the layers pellets containing it. Buying it separately and adding it to your layer’s pellets is a fuss about to be avoided.

Of course the birds will not take kindly to a change in pellets – they’re a bit like a 4 year old child offered something different to eat (that’s not chocolate!) – but after a bit and so long as they have nothing else to eat, they’ll eat them.

It’s cheaper per kilo to buy larger packs but you only need to feed them for a week and then not again for 3 or 4 months. The problem is they tend to go mouldy in store so we just bought a 5 kilo bag. I’ll try keeping the leftover pellets in an air-tight tub, but if they’re not right it’s asking for trouble using them.

For coccidiosis we’ve got some Harkers Coxoid  which is just added to the water for a week.

It’s possible Bob just ate something that disagreed with her or that she has some other systemic problem but it’s time they were wormed and for £12.95 covering the the coccidiosis base is a sensible investment.

Even though there was no blood in her diarrhoea, often there isn’t until near the end in cases of coccidiosis. It progressively damages the gut so early treatment is critical to success.

We’ll also be treating the secure run and the insecure run with Stalosan F  – it’s very effective and helps with a range of potential problems – coccidia, salmonella, campylobacters, aspergillus and ticks. 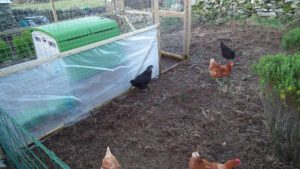 Bob, Chocky and the three Charlies out playing.

Now I’m really happy Bob looks better although I don’t think we’re out of the woods completely. Her comb is a little pale and her plumage a bit dull but I think with a bit of TLC she’ll be back to 100%. At the moment I’d say she’s 80%, maybe 90%.

When we got back from collecting the medicated layers pellets, I let the birds out of the secure run to play and Bob was straight out – another good sign.