The Mystery of the Double Yolk Egg Laying Breed of Hens

Thinking about a question I was asked recently. “What breeds of hens lay double yolk eggs?” And the answer is below. 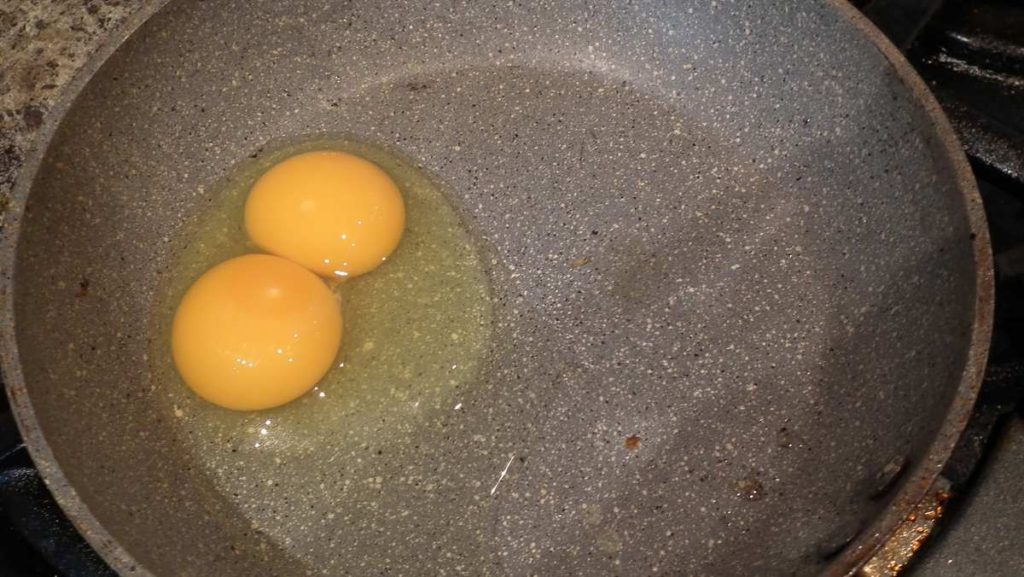 We’re getting 3 eggs most days at the moment which is more than we expected for this time of year. As you expect with birds just entering into lay, the eggs vary a bit in size. Most would be best described as medium to large but we’ve had a couple of small eggs and a couple of real whoppers.

The huge eggs turned out to be double yolk eggs, which again is a trait of birds just starting to lay. The egg making system in the birds not quite getting it right to start with. As they get older, the size and frequency settle down and the chances of double yolk eggs being formed is  far less.

Well he replied saying I obviously didn’t know what I was talking about. There was a farm shop near him that had a section selling only double yolk eggs from a special breed they’d got. But they wouldn’t tell him the breed as it was a secret. He was in the USA, by the way.

I must admit to being a bit miffed at the tone of his reply but it did get me thinking. I suppose it might be possible to breed a strain that produced a high proportion of double yolk eggs but if say, 9 out of 10 eggs were double yolks, then only 1 in 10 eggs could produce a viable chick.

To keep that line going on any scale you’d have to candle the eggs and select the single yolk eggs to incubate. Even then, the poor hens would be effectively producing double and this would mean their laying days would be halved. And that’s assuming they could keep up with the effort and strain.

That’s when the light came on and I realised what was going on. The eggs were coming from a large facility with thousands of birds and being automatically candled and sorted. What the latest machines can do is just amazing, detecting any problems from the egg being too old to a cracked shell at a rate of 20,000 eggs an hour.

They must have the double yolks being separated out in the process, to be sold at a premium price. Technically easy when you look at what they can do now.

I couldn’t resist sending back another email saying I’d solved the mystery but couldn’t tell him as it was a secret. OK, I was a bit mean but he was rude.