It’s the Winter Solstice, shortest day of the year – in the Northern Hemisphere, it’s the opposite in the Southern. Yule, or Midwinter comes just a few days before Christmas. They were probably synchronised at one time before changes to the calendar caused them to drift apart.

It’s an important time for farmers and gardeners but also for hens. Their wild ancestors didn’t lay eggs for our benefit, they laid them to produce their children and the short, dark days mean cold weather is on the way. Not the most sensible time to lay your eggs when they or the chicks are likely to freeze.

Despite our selective breeding for thousands of years to get more and more eggs, hens react to short daylight by not laying as frequently, if at all, in winter. Eggs used to attract a premium price in winter because they were in short supply.

The poultry farmers tried all sorts of things to increase winter laying. Some tried heating the hen houses, some tried special diets and others combinations of both but the hens stubbornly refused to lay as many eggs in winter.

Then two things happened, well three actually, which solved the farmers’ problem and gave us eggs basically as cheap in winter as summer. First they found the secret was to replace the lack of real daylight with artificial light to fool the hens into thinking the days were longer than they were.

That wouldn’t have been of much value without electric light, though. Candles and oil lamps don’t mix too well in wooden hen houses with lots of straw and curious birds ready to knock over the lamp.

The final factor was the development of hybrid layers. It was discovered that by crossing to lines of good layers, the offspring were fantastic layers. Even without extended daylight they lay almost all year round. 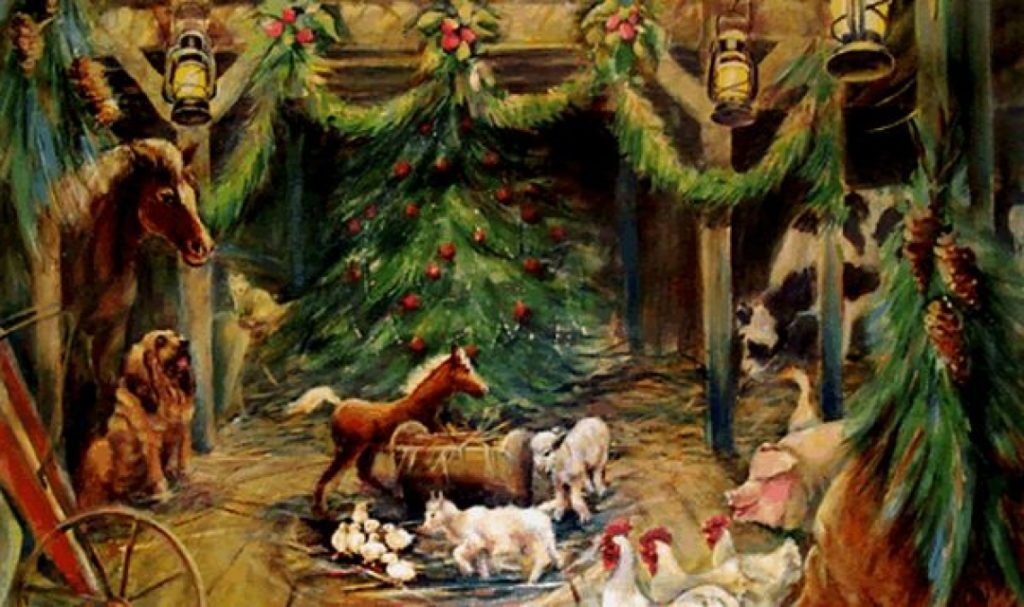 There are many myths and legends connecting animals to the 12 days of Christmas and Yule in folklore.

In 1223, St Francis of Assisi received Papal permission to use live animals to recreate the nativity of Jesus and folklore now says the Christmas animals of the stable have the ability to speak for an hour at midnight on Christmas Eve.

But before you creep out to the chicken coop as midnight arrives, beware! In Eastern European countries it is considered very bad luck to catch them talking. They are said to predict the death of their masters. In Britain the folklore says the Christmas animals can not make use of their gift where people may hear.

We hope you have a wonderful Yuletide, Christmas and a very Happy New Year.

Cara, Gary & Gabriel, John & Val and all the ladies – especially the 3 Charlie Browns who will probably be having a good gossip at midnight.