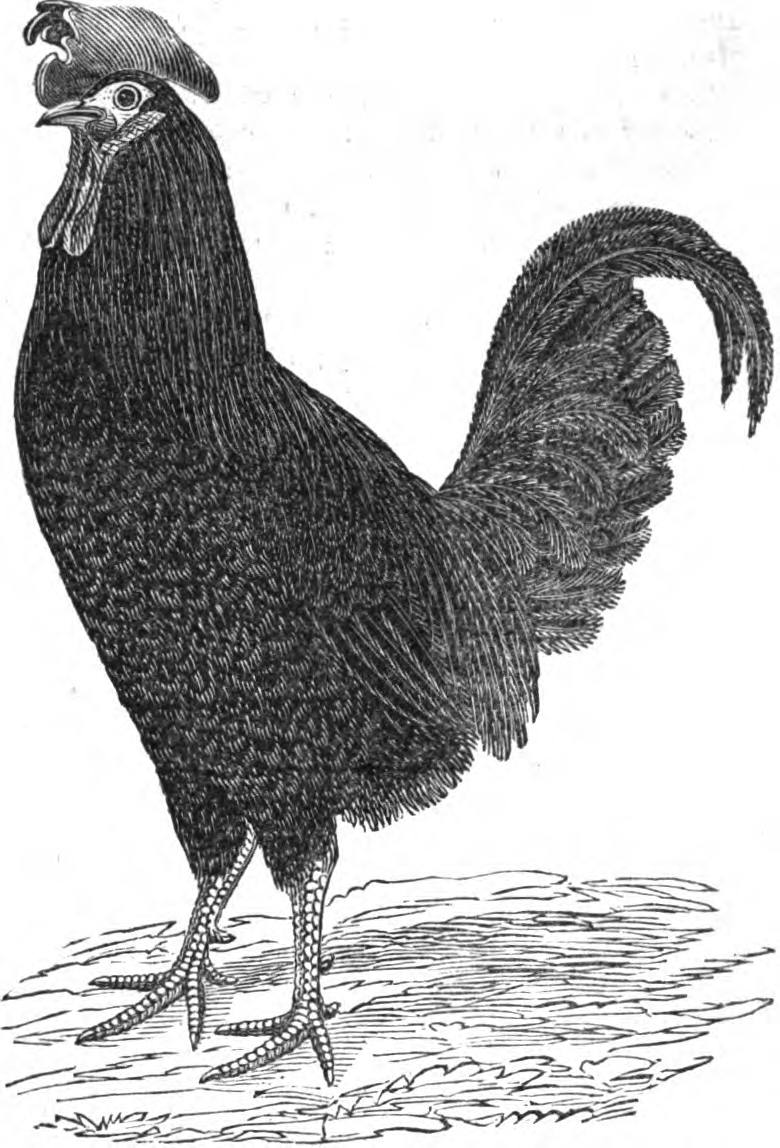 Now so well known, but very scarce, indeed, when I first imported them from Holland, are acknowledged to be a superior bird, in every particular.

Although called Spanish, it is rather a misnomer. They were originally brought by the Spaniards from the West Indies; were, for some time, successfully propagated in Spain, but it is now most difficult to procure good specimens from that country.

I have had my fowl, as above stated, from Holland, where they breed all the different sorts of poultry, perfect and distinct, but have no doubt of their having been brought there from Spain.
When I first introduced them into the show-yard of the Royal Dublin Society, their exhibition of poultry consisted of a very few baskets of hens, tied by the legs, to the manifest torture of the spectators, as well as the birds, since which their exhibition has become most extensive and creditable, and worthy the consideration of royalty.

I take the Spanish to be a truly distinct Variety, and every-thing experience can acquire of it, adds to its character of originality.

A full-grown cock weighs about 7 lbs., the hen about 6 lbs.; The cock stands about 22 inches high, and the hen about 19 inches; the plumage a beautiful, glossy black. 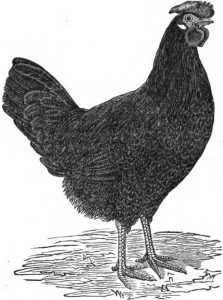 I have seen some birds showing the appearance of the highest breeding, perfectly white, some of which have lately come from Spain; the comb is serrated, and so large as to usually fall at one side; the hens are combed equal to ordinary cocks, drooping to one side, of vivid scarlet; wattles long; ear-lobes white; cheek white, but added to by age; quite free from top-knot; hackles black; tail splendidly plumed; legs blue; flesh and skin beautifully white and juicy; is a first-rate table fowl; eggs white, large, and abundant ; chickens grow rapidly, but feather slowly.

They are not very pugnacious, if kept together, but if separated, even for a day, they cease to associate quietly with their companions.

The hens are not inclined to sit, which is, perhaps, an Irish cause of their becoming so abundant; they are everlasting layers, and their eggs are usually hatched out by the common poultry.

They are now to be had in every quarter; indeed, they are so splendid a bird, that I consider it a crime against domestic economy, to have a Spanish hen’s time taken up with hatching and rearing chickens, when she might be adding to the stock of her own genus, by her egg every day.