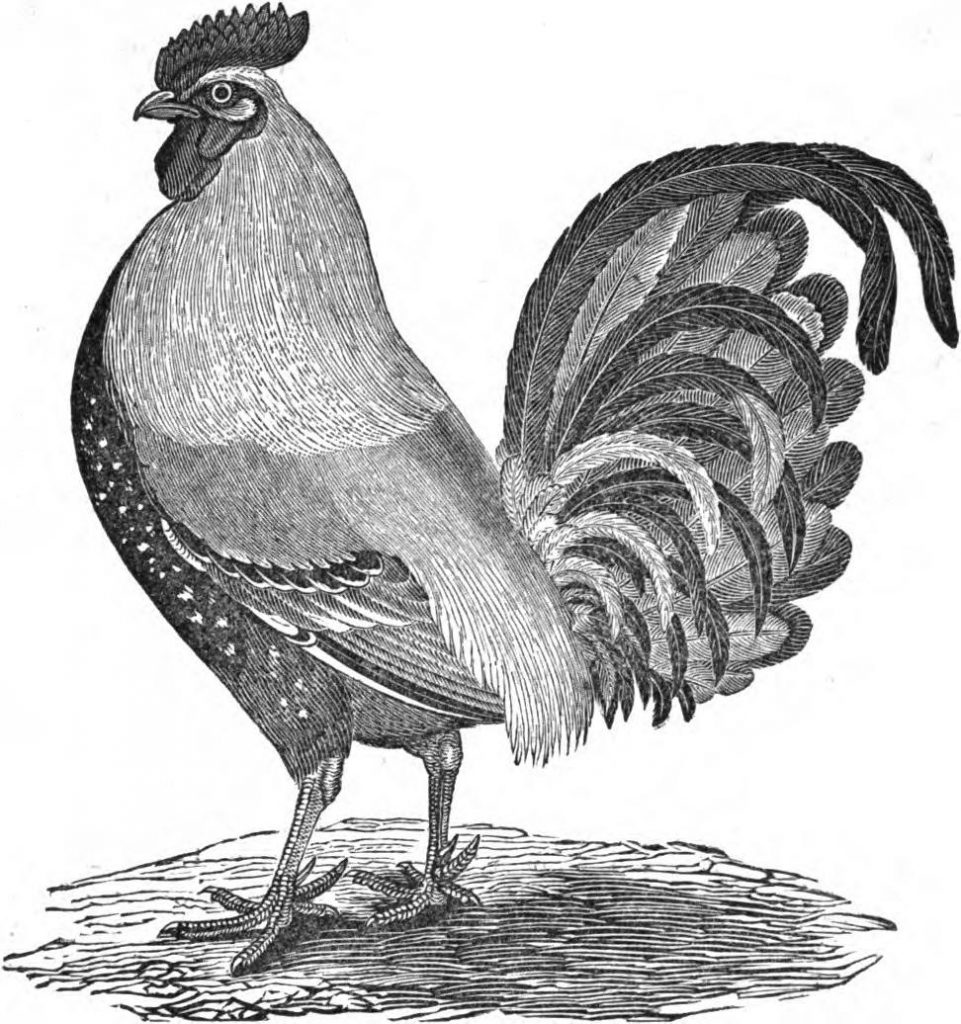 A selection of engravings of Malays, Dorkings & Spanish Chickens from J J Nolan’s ambitious work: Ornamental, Aquatic and Domestic Fowl and Game Birds published in Dublin by the author in 1850.

He started the work with a poem in praise of a cockerel:

“High was his comb, and coral red withal,
In dents embattled, like a castle wall;
His bill was raven black, and shone like jet;
Blue were his legs, and orient were his feet;
White were his nails, like silver to behold;
His body glittering, like the burnish’d gold.”

When you look at the engraving that heads this page, you can see how the aristocracy valued their birds. You can imagine him passing the port and lighting a cigar as he surveyed a map looking for new territories to plunder for the empire!

The champion of the Dorking was William Ogleby, Esq. late Honorary Secretary to the London Zoological Society who bred them on his Irish estates “for his own use and the benefit of his tenants”

The engraving was made at the offices of the Farmers’ Gazette who had this to say:

Mr. Nolan brought the cock figured above, to our office, on the 23rd January, when we had him weighed;  the bird was in moult, and his condition much reduced. He weighed, in that state 10¼ lbs., and we have no doubt that when in full plumage and condition, he will weigh nearer 14 lbs. than 12. We can also state from our own knowledge, that the common roadside cock, even in the wildest districts in Ireland, would weigh, alive, from 7 to 9 lbs. — Ed. Farmers’ Gazette. 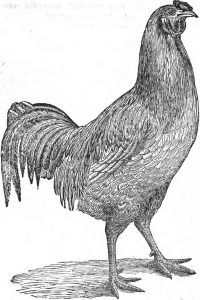 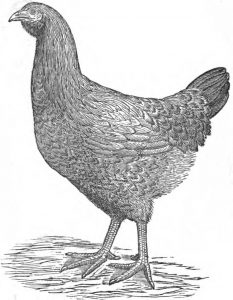 They are a majestic bird, and are imported from the peninsula from which they take their name.

Their weight, in general, exceeds that of the Cochin China, the male bird weighing from 11 to 13 lbs., and the female from 9 to 10 lbs.; height rather more than the Cochin China—say, twenty-four to twenty-six inches, being higher on the legs—the hens about twenty-three inches.

They are a most invaluable cross to our common domestic fowl, producing a large and hardy variety, which are excellent layers and sitters, and well calculated for the table and “improvement of the cottager’s breed;” the poultry-keeper who looks to profit, should not be without some of them, in addition to his ordinary stock.

It is to the introduction of this variety, that we have to attribute the extraordinary increase in the export of living and dead poultry, from our [Being the Irish] ports, for the supply of the English market.

The first Malays I brought to Dublin, I purchased in the London docks. They were brought direct from the Peninsula, as good specimens, and were the progenitors of all the fine Malays, I have since forwarded to every part of England, Ireland, and Scotland. The cock and hen were both a reddish yellow. I can clearly trace all the prize Malays, exhibited here, to them.