Home › Keeping Chickens the Old Way › 200 Eggs a Year Per Hen: How to Get Them › Keeping Hens for Maximum Egg Production 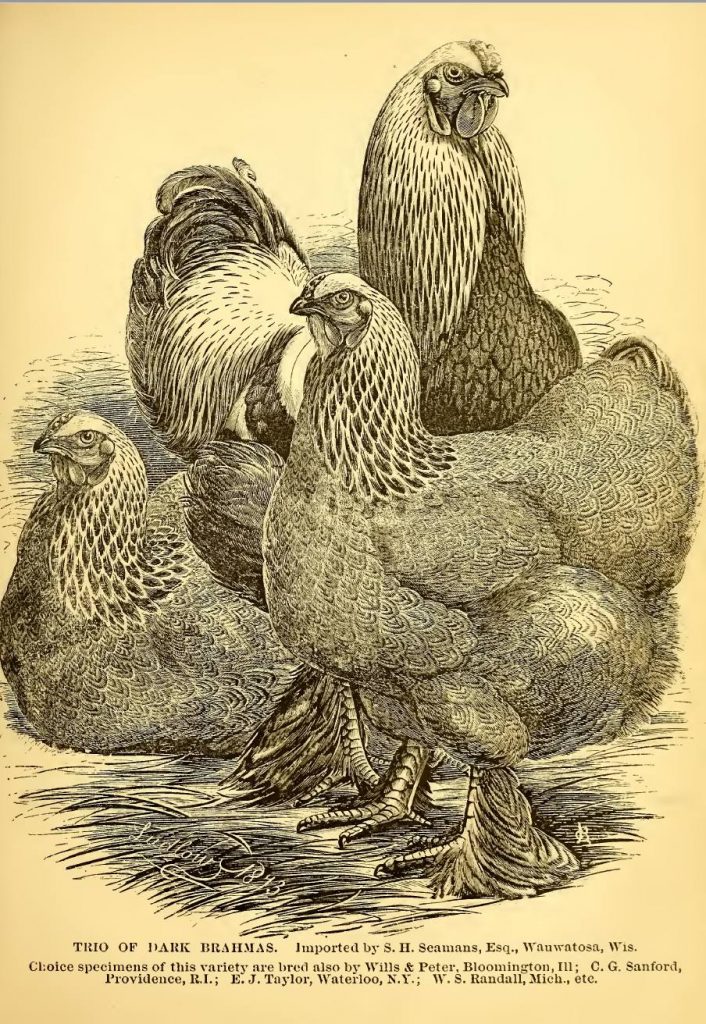 HOW MANY RECORDS ARE WRECKED?

Some time ago I received a letter from a young lady who is an enthusiastic poultrywoman, in which she said that she was getting a goodly number of eggs, but that her record was lowered because she had kept over half a dozen hens which had laid well the year before. She said that she knew better, but could not resist the temptation.

I mention this case because it is so typical. More egg records are wrecked by keeping old hens in the flock than in any other way! There is always a temptation when a hen has laid well to keep her the second year. This temptation must be resisted if one is in quest of a big egg record.

The fact that a hen has laid well for one year since coming to maturity incapacitates her from ever laying so well again. She has drained her system, and requires recuperation before she can lay even moderately.

You may set it down as an axiom that it is the pullets that give the big records.

If you have in your flock some hens that you desire to keep a second year as a reward for past services, or for breeders and mothers, put them in a pen by themselves and do not look for more than a moderate egg production from them.

It is the pullets that lay, and the early-hatched pullets at that. Get out your chickens in March, April or May, according to the breed, if you want winter layers.

Reports from the Maine Experimental Station where trap nests are used and individual records kept, show that among hens of the same breed and kept under the same conditions there is a great difference in egg production.

One Barred Plymouth Rock laid 251 eggs in one year, while another in the same flock laid but eight. A White Wyandotte pullet laid 219 eggs, while another of the same breed laid absolutely none.

These figures are most significant, showing as they do the absolute necessity of weeding out the non-producers.

Suppose you have two hens in a pen, and one lays 200 eggs a year and the other none. The average for the two is 100 eggs apiece. In other words, the non-layer has reduced the pen record one-half.

It costs a dollar a year to feed a hen, and this money is thrown away if the hen does not lay. The one absolutely sure way of identifying the layers and non-layers is by the use of the trap nest; but this takes time, and many do not feel that it pays.

Still without the use of the trap nest, by keeping one’s eyes and ears open, one can pick out the layers with sufficient accuracy for all practical purposes, as I shall show before I get through.

THE THREE CONDITIONS OF EGG PRODUCTION.

It was a maxim of Lord Bacon, one of the greatest men that ever lived, that Nature is the great teacher, and that in order to learn we must interrogate Nature. If we study Nature with open eyes she will often give us suggestions of great value and fruitfulness.

The poultryman must continually go to Nature, the great teacher, and he will not go in vain. In the state of nature in which wild fowls live, or in the state of seminature in which the farmer’s fowls are kept, what is the season of egg production? Summer. Why? Because in summer the conditions of egg production are present. What are these conditions?

Warmth, proper food and exercise. Reproduce these conditions at any season of the year and the fowl will be likely to lay. The poultryman should keep this fact in mind and govern himself accordingly.

IS THERE AN EGG TYPE?

Before I pass to the next chapter I wish to take up a subject upon which there is a wide difference of opinion Is there an egg type? Some of those who ought to know claim there is not.

But I am of the opinion that as there is a type of cow that we associate with large production of milk, so there is a type of hen that we may associate with large production of eggs. -I believe that a hen with a broad breast, a long, deep body and straight underline (the so-called “wedge-shape” fowl) will lay better than one with a narrow breast, a short body and curved underline.

The reason is not far to seek. The vital organs are confined within the body, and in a hen with a broad breast and long, deep body there is plenty of room for the organs of assimilation and reproduction; while in a hen with a short, curved body these organs are necessarily constricted

If a hen is to lay well she must eat well, breathe well, and have large ovaries; in other words there must be plenty of room inside for all the great organs to perform their functions. This explains why there is a tendency on the part of the egg-producing breeds to increase in size.

This article about Keeping Hens for Maximum Egg Production is an extract from 200 Eggs a Year Per Hen: How to Get Them by Edgar Wallace (1899). In essence we feel the advice is still relevant although breeds have changed and the most productive, purely in terms of eggs for the prime year, would be a hybrid layer.

Readers will want to take the age of the article and other factors into account such as the value of keeping hens as pets.