Home › Keeping Chickens the Old Way › 200 Eggs a Year Per Hen: How to Get Them › How to Build a Trap Nest Box for Hens – Free Plan

How to Build a Trap Nest Box for Hens – Free Plan 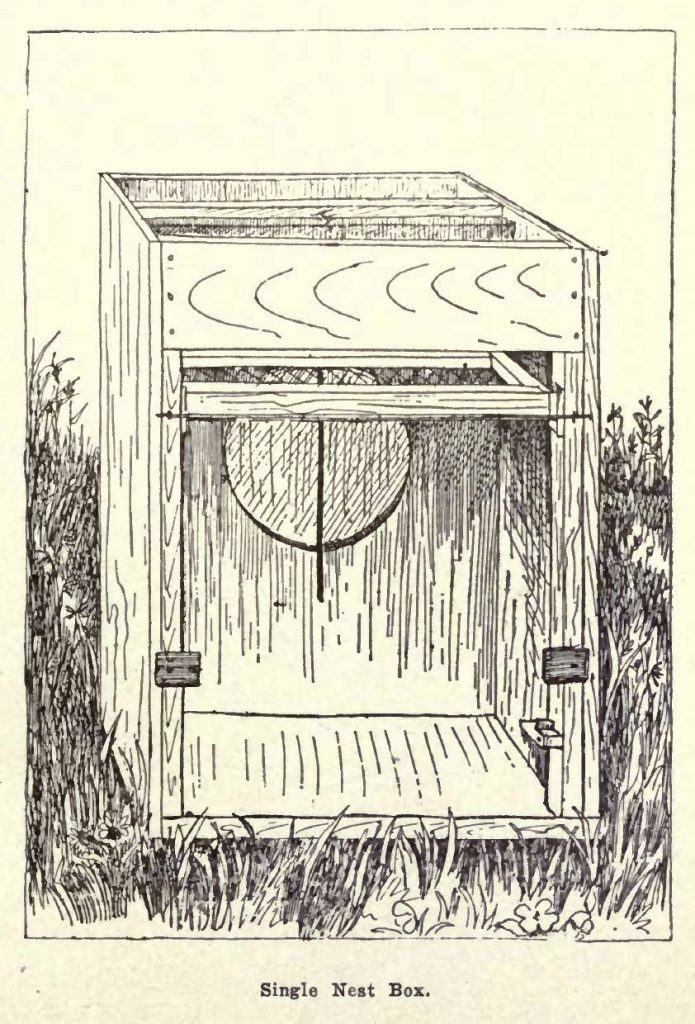 This article – How to Build a Trap Nest Box for Hens – Free Plan – is adapted from the trap nest box plan created by Mr G M Gowell, agriculturist of the Maine Experiment Station, and published in 200 Eggs a Year Per Hen by Edgar Wallace published in 1899.

There are many trap nests on the market. The right to use these nests, with plans for their construction, costs from one to three dollars. Through the courtesy of Mr. G. M. Gowell, agriculturist of the Maine Experiment Station, I am able to present my readers with the plan for a nest box free of charge.

The nest box here described was made by Mr.Gowell after a careful study of the various nest boxes on the Single Nest Box. market, and is intended to combine their excellences and avoid their defects.

This is the box that is illustrated here, and the description of it is in Mr. Gowell’s own words:

“The nest box is very simple, inexpensive, easy to attend, and certain in its action. It is a box-like structure, without end or cover, and is twenty-eight inches long, thirteen inches wide and thirteen inches deep inside measurements.

A division board with a circular opening seven and one-half inches in diameter is placed across the box twelve inches from the back end and fifteen inches from the front end.

The back section is the nest proper. Instead of a closed door at the entrance, a light frame of inch by inch and a half stuff is covered with wire netting of one-inch mesh. The door is ten and one-half inches wide and ten inches high and does not fill the entire entrance, a space of two and a half inches being left at the bottom and one and a half inches at the top, with a good margin at each side to avoid friction.

If it filled the entire space it would be clumsy in its action. It is hinged at the top and opens up into the box. The hinges are placed on the front of the door rather than at the center or back, the better to secure complete closing action.

The trip consists of one piece of stiff wire about three-sixteenths of an inch in diameter and eighteen and one-half inches long, bent as shown in drawing.

A piece of board six inches wide and just long enough to reach across the box inside is nailed flatwise in front of the partition and one inch below the top of the box, a space of one-fourth of an inch being left between the edge of the board and the partition. The purpose of this board is only to support the trip wire in place.

The six inch section of the trip wire is placed across the board and the long part of the wire slipped through the quarter-inch slot, and passed down close to and in front of the center of the seven and a half inch circular opening.

Small wire staples are driven nearly down over the six-inch section of the trip wire into the board so as to hold it in place and yet let it roll sidewise easily.

“When the door is set, the half-inch section of the wire marked A comes under a hardwood peg or tack with a large round head, which is driven into the lower edge of the door frame. The hen passes in through the circular opening and in doing so presses the wire to one side, and the trip slips from its connection with the door.

The door promptly swings down and fastens itself in place by its lower edge, striking the light end of a wooden latch or lever, pressing it down and slipping over it; the lever immediately coming back into place and locking the door.

The latch is five inches long, one inch wide and a half inch thick, and is fastened losely one inch from its center to the side of the box, so that the outer end is just inside the door when it is closed.

The latch acts quickly enough to catch the door before it rebounds. It was feared that the noise arising from the closing of the door might startle the hens, so instead of wooden stops pieces of old rubber belting were nailed at the outside entrances for the door to strike against.

“The double box with nest in the rear end is necessary, as when a bird has laid and desires to leave the nest, she steps to the front and remains there until released. With one section only, she would be likely to crush the egg by standing upon it.” 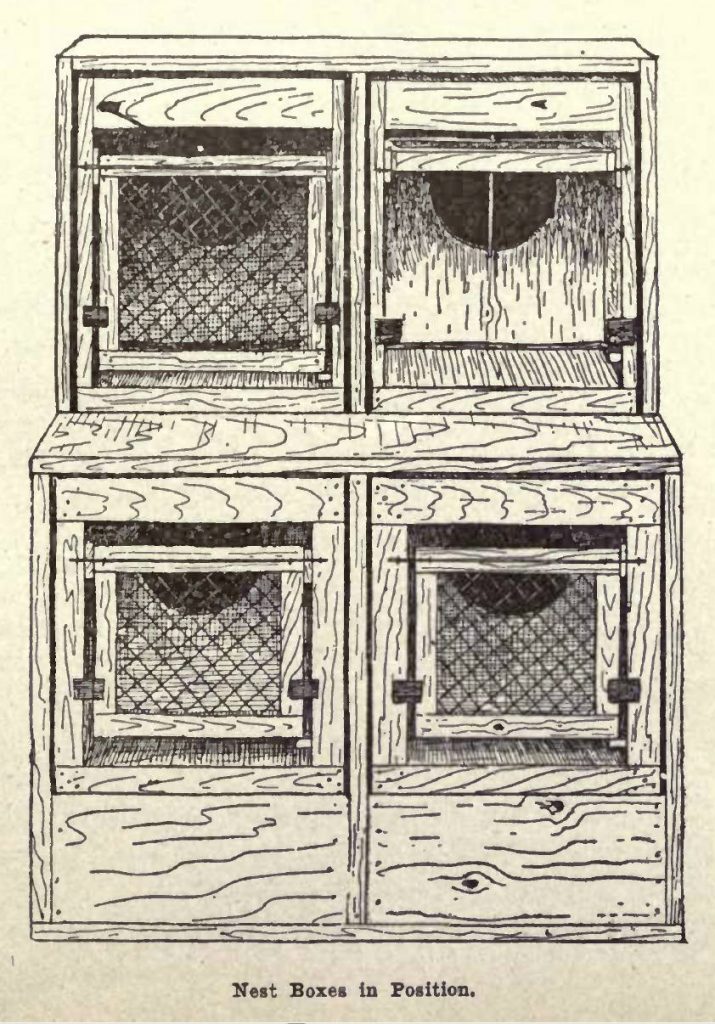 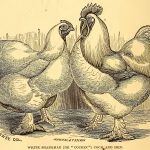 The Trap Nest and Its Uses

Within the past few years the outfit of the poultryman has been enlarged by the addition of the trap nest. As to the practical value of these nests there is a wide difference of opinion; on the one hand they are enthusiastically advocated; on...