Home › Keeping Chickens the Old Way › 200 Eggs a Year Per Hen: How to Get Them › Fertile Eggs & How To Get Them

Fertile Eggs & How To Get Them 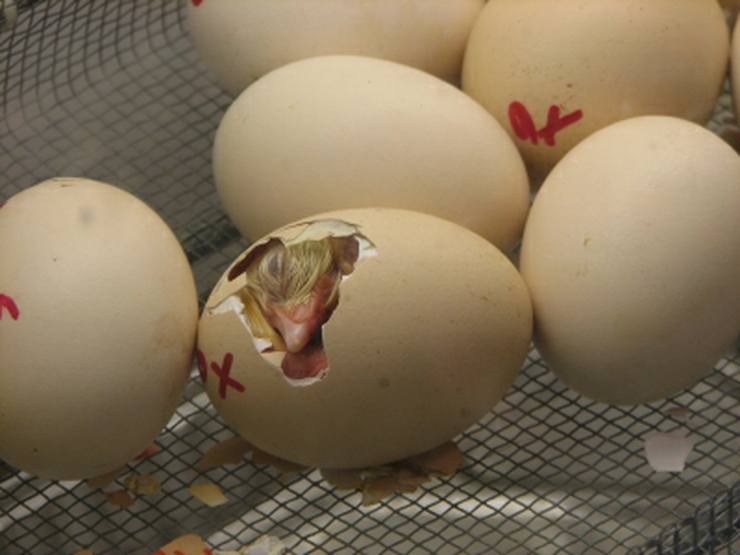 This article, Fertile Eggs & How To Get Them, is taken from 200 Eggs a Year Per Hen by Edgar Wallace and for the most part is as valid today as it was when written in 1899. I have some doubt regarding the aphrodisiac effect of chopped onion on chickens though.

Fertile Eggs & How To Get Them

The conditions in the breeding pen must be such as to promote maximum vitality. Where the male is immature, where the house is so cold that the food eaten goes to maintain the caloric, where the fowls are alive with vermin or rotten with disease, the fertility will be low.

Inbreeding also tends to fertility. So does lack of exercise and overfat condition of fowls in the breeding pen.

Doubtless diet has an important effect upon fertility. Unless every element needed for the embryo is present, the egg will be infertile or the chick will die in the shell. There are some kinds of food that stimulate the genital organs and promote sexual activity. Raw onions chopped fine and fed in the mash twice a week are excellent during the breeding season. Clover is also a valuable food for fertility.

Where fertile eggs are wanted the hen must not be pushed too hard for egg production. My own method is to push my pullets the first year. I reserve the best layers to breed from, and do not push them the second year; but let them take things easy. They have made their record and deserve a rest.

When the breeding season comes they are in prime condition, and lay large, highly colored eggs which hatch hardy chicks. It pays to alternate males where high fertility is desired, allowing three males for two pens, keeping two in active service and the third shut up to rest.

Cocks have their favorites, and where one male runs with a flock some hens are neglected; but where males are alternated all are likely to be served.

Many eggs fail to hatch because they are not properly cared for. It takes but little to kill the germ. One reason farmers get such poor results in winter is that they are not careful to gather their eggs several times a day. The opinion is common among them that an egg must be frozen hard enough to crack the shell before it is unfit to put under a hen.

Eggs should be gathered when warm and kept in a temperature of from 40 to 60 degrees. In shipping eggs to customers they should be moved in the middle of the day and protected from extremes of temperature as much as possible.

Why Eggs are Not Fertile in Winter

Also every winter some person of my acquaintance buys an incubator and starts in to raise broilers for the city market. The result is inevitably disappointment. The percentage of fertility is so low and the mortality among the chicks so great, that the books show a loss instead of a profit at the end of the season.

The reason why the fertility is so low in winter is purely physiological. The testicles of birds vary greatly in size according to the season of the year in which they are observed.

In winter they are very small, with a comparatively insignificant blood supply; but in spring, as the breeding season comes on, they enlarge to five or ten times the weight during winter, the vessels are distended with blood and the height of functional activity is reached.

To get fertile eggs in winter, therefore, the house must be warm, or eggs must be imported from the South.