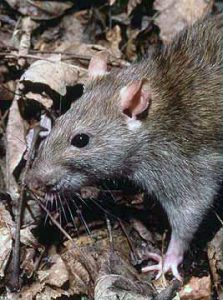 A householder can contact the local authority to obtain the free services of the pest control officer. He will visit and examine the site and then put down poison in protected areas.

This is followed by another visit to determine the success of the treatment, and to see if further applications are required.

Where the site is a commercial one, the owner is responsible for dealing with the problem. He can either do it himself or call in a contractor to do so.

There is a statutory obligation to keep a site free of rats, whether this is reporting their presence to the local authority or dealing with them yourself.

There are Fenn traps available for killing rats, but placing them is a skilled job, ensuring that they are in the runs, placed in tunnels and not accessible to anything else. As they are spring traps, they must be inspected regularly. Specialist suppliers stock them. There are also humane traps for catching rats, but there is then the problem of disposal.

This is the most common option. The bait needs to be placed carefully so that poison is available to rats but not birds, domestic pets and, of course, children! Placing it in a section of covered pipe, for example, is effective. The main rodenticide used is an anti-coagulant such as that produced by Sorex. The baits are based on cereals and are available loose, in sachets or in blocks. The general rule, as far as dosage is concerned, is that if all the bait is taken on the first setting, double the amount is placed the second time, and so on. This ensures that all the rats are being dealt with.

Having cats and a dog may help to deter rats from a site, but once established nearby, their presence will not control them to any measurable degree.

The obvious exception is with a breed such as the Jack Russell that was bred as a ratter. Even so, it is usually necessary to dig out the lair in order to drive out the rats before Jack Russells can get to work.

Ferrets can be effective in going into a lair to kill and drive out rats, but they need to be ones that are trained for this kind of work. Many, these days, are kept purely as pets.

House mice do not carry as many diseases as rats but they can be a nuisance. If there is an infestation in a dwelling, their gnawing actions can be a fire hazard if they attack cables. Their activities are also associated with getting into and despoiling feed stores. For mice, the poisons are similar to those used for rats. Traps can also be used. These are normally available in one of two forms; the snap bar type that kills the animal on entry or the humane one which catches them alive.

Cats, particularly those with Siamese in their family tree, make good mousers. Females, which have less of a tendency to wander than males, are often the best choice because they are on the spot rather than wandering further afield.

If you use poison to kill rats or mice, ensure that cats are kept inside until the poison has done its work. This is in case they catch and eat a poisoned rodent before it dies, for the poison can affect them.