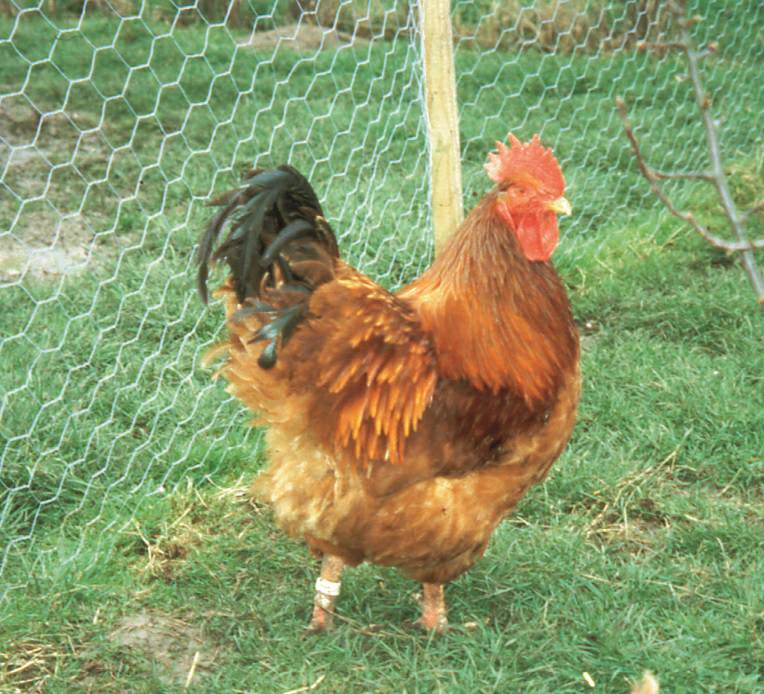 Traditionally cottager’s and small farms kept chickens to produce their own eggs and meat. Rather than buying in replacement stock, the flock reproduced its self. Since half the eggs hatched into cocks and hens’ egg production fell off with age, they were all destined to end up in the pot.

This meant that the ideal bird was dual purpose – a good egg layer with a body shape and size that was suitable for the table.

As poultry keeping grew from a small-scale sideline into the agribusiness it is today, breeders developed hybrids that were specialised for either table or egg production. Not for both. Even some of the pure breeds were specialised, although not to the same extent.

What About the Boys? 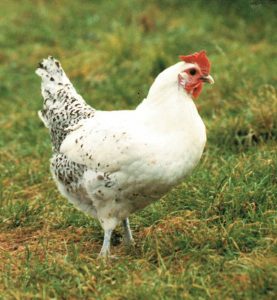 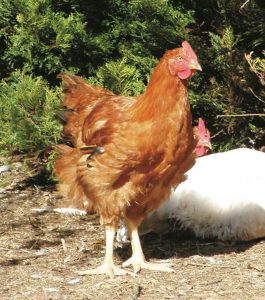 Now the problem with specialised egg producing chickens is that half the eggs will hatch into cocks which have no market value and, if allowed to grow will be poor specimens for the pot.

The logical result is the obscenity of those male chicks being killed as soon as they can be identified. This is usually at a day old. They’re killed humanely enough, but they are wasted.

I know it could be argued that they’re all headed for death eventually but there is a moral difference between giving a creature a life – albeit short – followed by a use (feeding us) and just wasting it.

So, if you want to breed your own egg laying birds and make use of the males, go for a dual purpose breed. That will give you both meat and eggs in the one breed. These will be pure breeds as listed below.

Now it should be kept in mind that there is a major problem with pure breed chickens. For many years they’ve been bred to meet standards for show, the ‘ideal’ body shape and so forth. This means their value as egg producing utility birds has often been devalued in favour of minor points of style.

Whilst a particular breed may on average produce 250 eggs a year, that doesn’t mean the particular strain you buy will produce anything like that. The answer is to ask searching questions of the breeder you get your initial stock from and hope they’re truthful. Once you have your initial flock you can breed yourself for egg production whilst keeping the conformation.

If you envisage needing more table birds than the normal flock replacement will produce you can either breed from your flock, buy in hybrid table birds or keep a separate table bird flock.