Home › All About Eggs › Egg Structure – The Structure of an Egg

Egg Structure – The Inside Out on the Egg’s Insides! 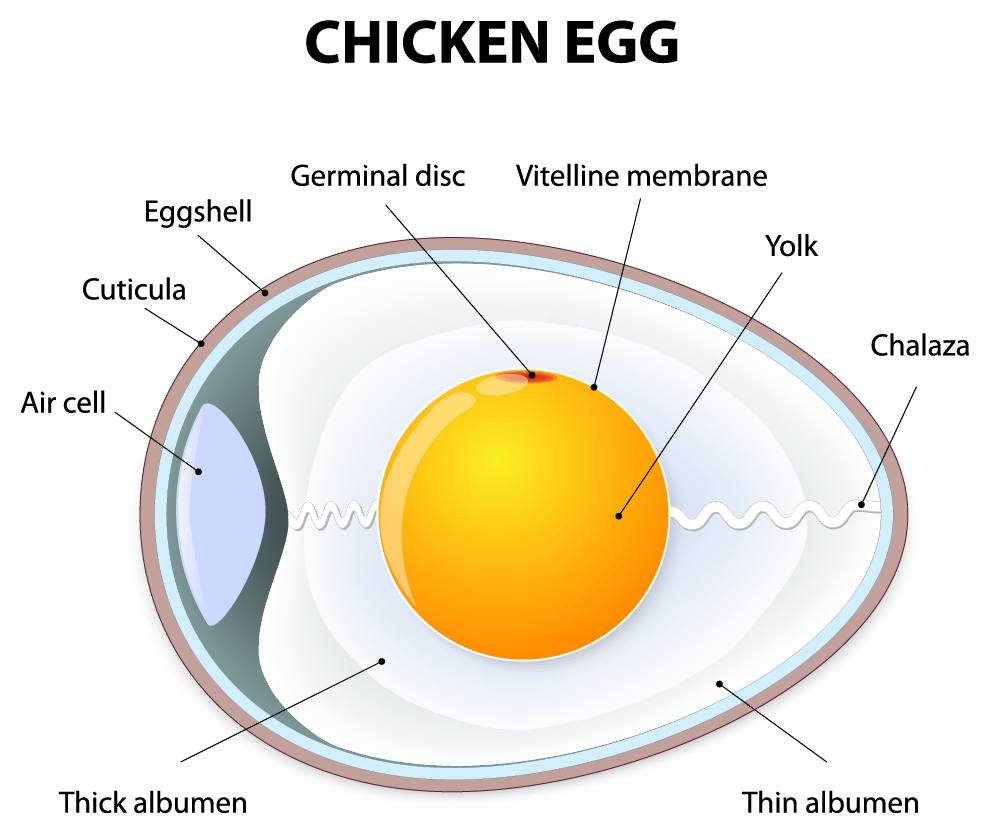 The first thing you’ll notice is that the egg has a fat rounded end and a pointed cone end. The egg is laid rounded end first. Under the rounded end is the air sack that forms as the contents of the egg cool from the internal temperature of the bird.

The shell itself is slightly porous and allows air to pass through to the interior, whilst still providing protection for the contents from damage and bacteria.

To hold the yolk in a central position there is a connection of tissue from the membrane that surrounds the yolk to the top and bottom of the second membrane that is technically known as the chalaza. If you crack an egg then you may see a whitish string in the egg white, this is the chalaza.

Next we have the egg white itself or albumen. In a hen’s egg approximately 60% is white and 40% yolk. In a duck egg, there tends to be more yolk in ratio to white.

The white provides cushioning and additional nutrition for the developing chick and contains less nutrition than the yolk.

There’s another membrane surrounding the yolk and then the yolk itself. On the yolk you may see a little white spot, this is the germinal disc which contains the cells that will develop into a chick if the egg is fertile.