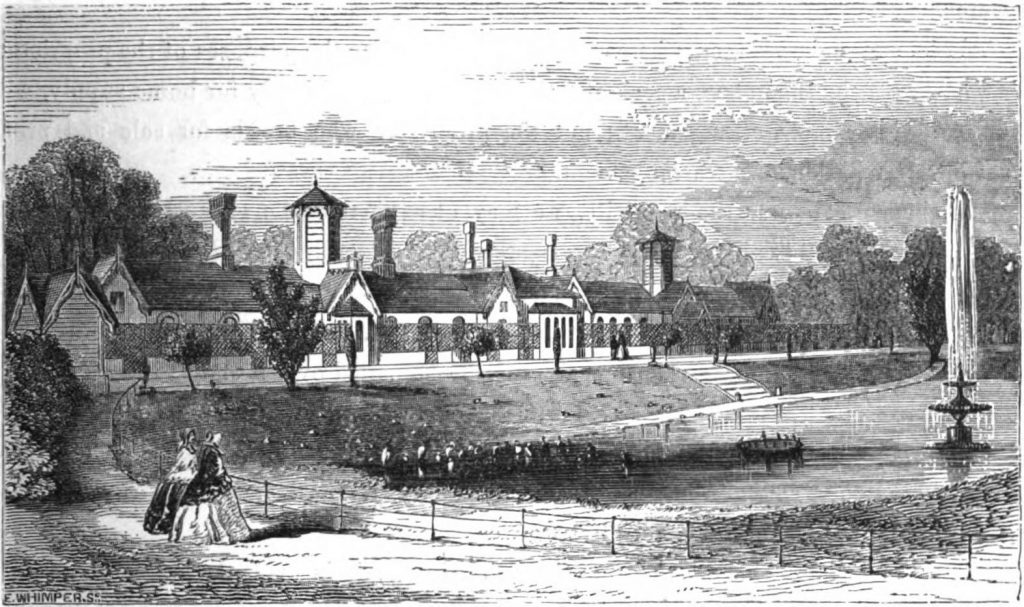 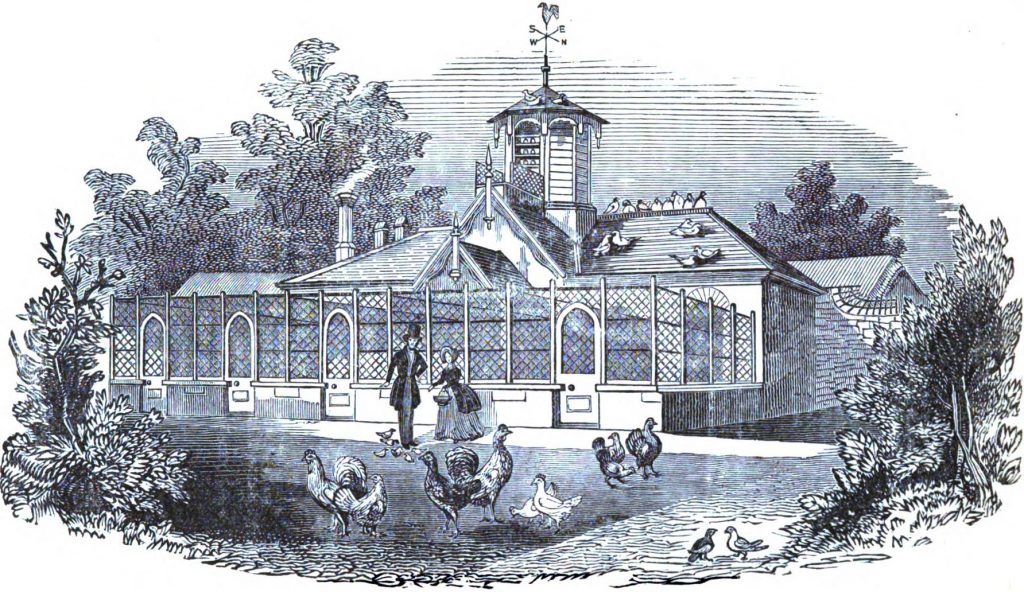 In a secluded nook, on the boundaries of the Home Park, sheltered from the prevailing winds, by stately clumps of elm trees, stands the Home Farm. The farm attached to Windsor Castle; the private farm of her Majesty Queen Victoria. In this establishment, which was founded by George III., is situated the royal fowl-house and poultry yards.

Notwithstanding their great interest, the public know nothing, save the mere fact of their existence. Here her Majesty, retiring from the fatigues of state, finds a grateful relief in the simple pursuits of a country life. And here, too, it may be, like Louis XVI. in the Jardin Anglaise, of the Petite Trianon, she seeks the renovation of those higher powers, which find their best, if not their only home, in nature, or its God.

In cultivating the homely recreations of a farm, her Majesty has exhibited great industry and much good taste. The buildings and the farm routine, which sufficed for the clumsy management of 1793 have been discovered, by her Majesty, to be totally unsuited to the more enlightened system of 1849, and hence, under the direction of her Majesty and Prince Albert, assisted by Lieutenant-Colonel Wemyss, Lord Lincoln, and Mr. Engall, her Majesty’s intelligent and respected bailiff, an entire reorganization of the establishment has been determined, and is now in progress.

In these pursuits, and in her continued prosecution of them, the Queen has, in our opinion, exhibited sound judgement and a healthy taste.

We may be allowed, then, to agree with her Majesty in thinking, that the farm, the dairy, and even the kennel of the Home Park, are amongst the best embellishments of the royal domain of Windsor.

The Fowl House at the Home Farm of Queen Victoria

The fowl-house, designed and built by Messrs. Bedborough and Jenner, of Sheet Street, Windsor, is a semi-gothic building, of simple and appropriate beauty.

It consists, as our engraving shows, of a central pavilion, used for inspecting the fowls— crowned, on the top, by an elegant dove-cot, and on the sides, of wings capable of symmetric extension, in which are placed the model roosting-houses, and laying and breeding nests of the fowls.

The ground, in front, slopes towards the park, and is enclosed and divided by light, wire fences, into separate wards, for the “run” or daily exercise of the birds.

Inside these wards, gravel walks, bordered by grass plots, lead to the entrances of the fowl-house. In the proportions, distribution, and fittings of the apartments of this house, considerable knowledge of the habits, with a corresponding and most commendable regard to the conveniences of their granivorous tenants, has been displayed. The chambers are spacious, airy, and of an equal and rather warm temperature, which accords with their original habits, and their nests are made, as far as possible, to resemble the dark, bramble-covered recesses of their original jungles.

In this particular her Majesty has set a good example to the farmers of this country, who too often follow the false routine of their fathers, rather than consult the habits, and obey the natural instincts of the animals about them.

It is in the new fowl-house that the more rare and curious birds are kept—consisting of Cochin China, white Java bantams, some splendid bantams of Sir John Sebright’s breed, a cock of which, remarkable for his martial bearing, is a great favourite with Prince Albert, with other fine bantams and some curious crosses with grouse, and several frizzled fowl, remarkable for their silky, hair-like feathers.

The laying nests at Windsor are composed of dry twigs of heather—the Erica tetralix of our heaths—and small brambles of hawthorn, covered over with the lichen raugiferinus—the white lichen of our hedges, barn-doors, and park palings.

These materials, rubbed together, by the motion and. pressure of the hen, emitted a light powder, the produce of the crushed leaves; and this, finding its way, between the feathers, to the skin, was found to have the immediate effect of discharging the bird of every description of parasite.

The Commissioners of Woods and Forests are about to make considerable additions to this very interesting establishment.