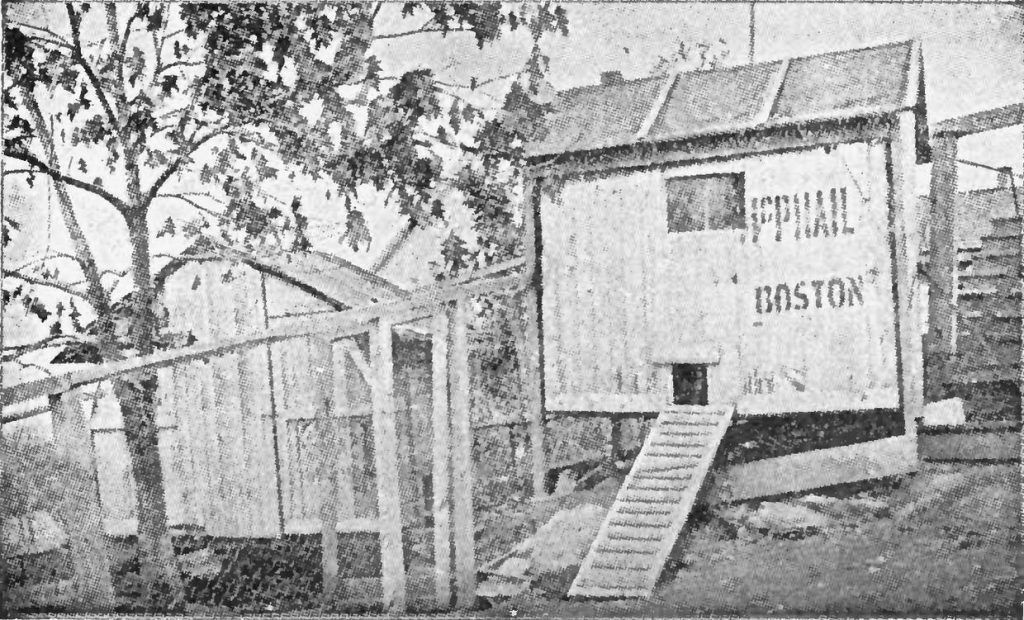 The following article and photo is taken from 200 Eggs a Year, Per Hen: How to Get Them by Edgar Warren which was published in 1912 in the USA. In those days before radio, never mind the internet, people stood around the piano and made their own entertainment, which meant a lot of pianos. They had to be delivered in boxes and the boxes became the raw material to build chicken coops!

Although we don’t see many plywood piano boxes around, it goes to show what can be done with cheap, recycled materials and some ingenuity.

Chicken House Made from Piano Boxes

Possibly there are some who desire even a cheaper house than the ones I have described. It may be they expect to remain but a short time where they are, or wish a house for young stock, and do not care to invest even $20 in a building.

To such I would say that a good temporary house can be made from two piano boxes at a cost of about $3. The simplest way to make such a house is as follows :

On a level place lay down two joists eight feet long. Take the boxes and carefully remove the boards on the tallest side. Spike the boxes to the joists so that the open ends will face each other. With the boards you have taken out close up the gap between the boxes on the back and roof.

Put a door in front, a pane of glass on either side of the door, or two panes in the door itself, complete laying the floor, put in a roost, cover the building with good roofing paper, and you will have a good poultry house, which is ideal for anyone who desires the largest return from his investment at a trifling cost.