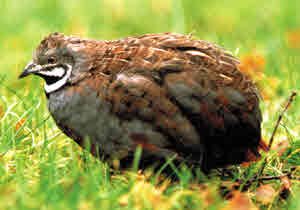 In recent years, there has been a considerable amount of breeding to produce different colour varieties. These are all variations of the Asian Blue Chinese Painted, which is the most commonly found. These varieties are either called by the colour itself, or referred to as ‘coloured’ or mutation”, eg, Blue, Blue Coloured, or Blue Mutation.

Silver: This is the most common mutation and has all the feathers in varying shades of light pastel grey. It first appeared as a natural mutation in the UK , in the 1940s.
White: These are all-white, although not albinos. There may be a few coloured feathers in some birds, but the aim is to produce a snow white effect.

Red-breasted: The face is almost black with a fine white line around the eye. The red area extends from the vent, across the breast to the throat.

Fawn or Cinnamon: Developed in Australia, this is called Fawn in Europe and Cinnamon in the USA, although differences are now being developed, eg, the Fawn is slightly darker. There is also a Blue-Faced and a Red-Breasted Fawn, as well as a Smoky version.

Blue: The plumage is a dark, overall blue-grey.

Black: This is an even darker blue-grey, approaching black.

Ivory: Lighter than Silver, it has an overall ivory hue, and the male’s breast is grey.

Golden Pearl: Originating in Europe, this has yellow feathering with light brown barring. There is also a Fawn or Cinnamon Pearl, and a Blue-Faced Pearl.

No doubt there will continue to be other colour variations produced.

Button quail are not quail at all! They are hemipodes (from the Greek meaning half foot because they do not have a hind toe). They belong to the Turnicidae family and are more related to rails and cranes than to quails.

The Harlequin quail, Coturnix delegorguei, is from central to southern Africa. It is sometimes confused with Mearns (Montezuma) quail, Cyrtonyx montezumae, because the latter also has the common name Harlequin. However, there is no connection between the two for Mearns is a New World quail from Central America.

The plumage is brown with lighter striations and there is an eye stripe in both sexes. The male also has a distinctive face mask which is absent in the female. The breed is found in aviaries, including those in the UK.

Also found in UK aviaries, the Rain quail, Coturnix coromandelica, comes from India. The breed is sometimes called the Black Breasted quail because the male’s breast is a dark contrast to the rest of the brown plumage. This is absent in the female, as are the prominent facial markings.

Alternative names for this are Stubble, Pectoral or Australian quail, the latter indicating that it is found in Australia. Coturnix pectoralis is also an aviary bird there, although rarely found elsewhere. It is similar to normal Coturnix laying quail but the male has more red colouring on the head, chin and breast.

The breed is similar to the normal Coturnix laying quail, but the female can be distinguished by more prominent black stripes on her underparts.

There was, at one time, a New Zealand quail, Coturnix novaezelandicae, with the common name of Koreke, but this is now thought to be extinct.