Why we should avoid Soya in Animal & Poultry Feed 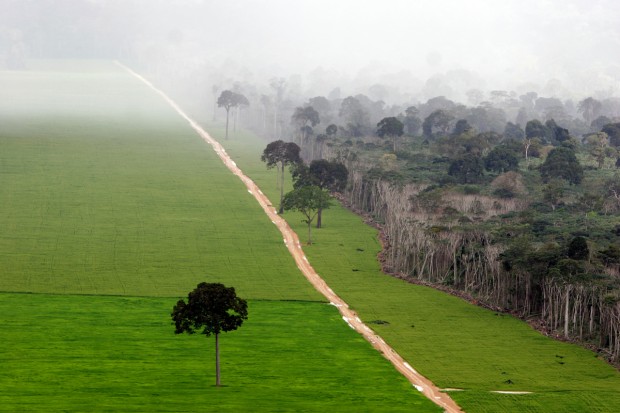 Credit: Ricardo Beliel/Greenpeace
Soya plantation in the Amazon rainforest. The expansion of the soy industry is one of the main causes of deforestation in the region.

Soya beans are now found in nearly all commercial poultry feeds and other animal foods. They are a useful foodstuff but there are compelling reasons why we should avoid Soya in Animal & Poultry Feed

Why is Soya Used in Animal Foods?

There are 3 reasons why soya can be found in nearly all commercial animal feeds:

Soya is a good source of protein, carbohydrates, fats and trace elements including calcium, vitamins C, B5 & B6, Iron, Magnesium, Lysine, Methionine, Trytophan and Choline.

Soya, when combined with grain at a 1:5 ratio has the effect of dramatically boosting the efficiency with which livestock and poultry converted grain into animal protein. Obviously this really adds to its utility.

Why we should avoid Soya in Animal & Poultry Feed

With all the benefits from soya listed above, you may wonder why we feel it should be avoided in animal feeds. There are two reasons for this:

First, soya is imported from the Americas and generates a lot of food miles.

The soya bean is not a good agricultural crop in the UK and other temperate climates. To grow successfully and produce a crop they need a long, hot summer where the temperature is between 20-30ºC. Even a light late frost can kill or severely check the plants.

So, in the UK and northern Europe our soybeans are imported from the USA, Brasil and Argentina. Other areas like parts of China where soya is grown tend to just supply their home market.

There are some new varieties that will do better in our cool summers but not with enough certainty to encourage farmers to take the risk. Even if they were willing to try, the price is too low to make it profitable for them as the imported soya is so cheap.

The second and more important reason for not using soya is where and how it is grown.

When the value of soya as a crop was realised it was grown extensively in the USA but pressure on land grew and so large scale production commenced in South America. In itself this isn’t so bad but what has happened is the giant, multi-national US based agribusiness has turned thousands of square kilometres of the Amazon into huge mono-culture, soy bean plantations.

Often cattle ranchers move in, clear the forest and later sell (relatively cheaply) to the soy producers – so they can claim they didn’t clear the forest, they just bought the land from another farmer.

The Amazon is the most bio-diverse area on the planet and damage to the Amazon damages both the indigenous populations and the rest of the planet. These developments are not sustainable.

Between 70% and 90% of soybeans are produced for animal feed so we can turn vegetable protein into animal protein. At the expense of the planet we all share.  It is useful, but we can use other foods without such damage to the environment.