Over the weekend I decided it was time to clean out the run and get it ready for the summer. In order to preserve some vegetables the ducks will be run confined from now on for most of the day. Don’t worry though, they have a lovely big run with a sheltered area, straw to play in and multiple pools to have a dunk in if they feel like it.

The three oap ex-barn girls will get to stay in the garden partly because they can’t figure out the veg netting (yet!), partly because their coop in the run was badly damaged in a fox attack so they are in their old arc which is fixed in the main garden and also because the little terrors shriek the neighbourhood down when locked in the run!!!

I picked up a few bales of straw for the ducks to play in as Erin in particular likes rummaging through it and making her self somewhere comfy for an afternoon nap. The chickens looked most put out at not having one so I will pick them up a bale tomorrow for perching and playing on in the garden.

Despite the chickens not liking being run confined they spent most of today pacing the fencing trying to dig their way in, with two of the ducks on the other side quacking to get out. They will settle in a few days and I managed to get a few snaps to share with you while enjoying an afternoon cuppa out there with them today.

I’ve now got most of my veg seeds started so hopefully with the planned garden this summer I will manage to eat some of my own veg and it wont all go down the ducks and chooks instead…. 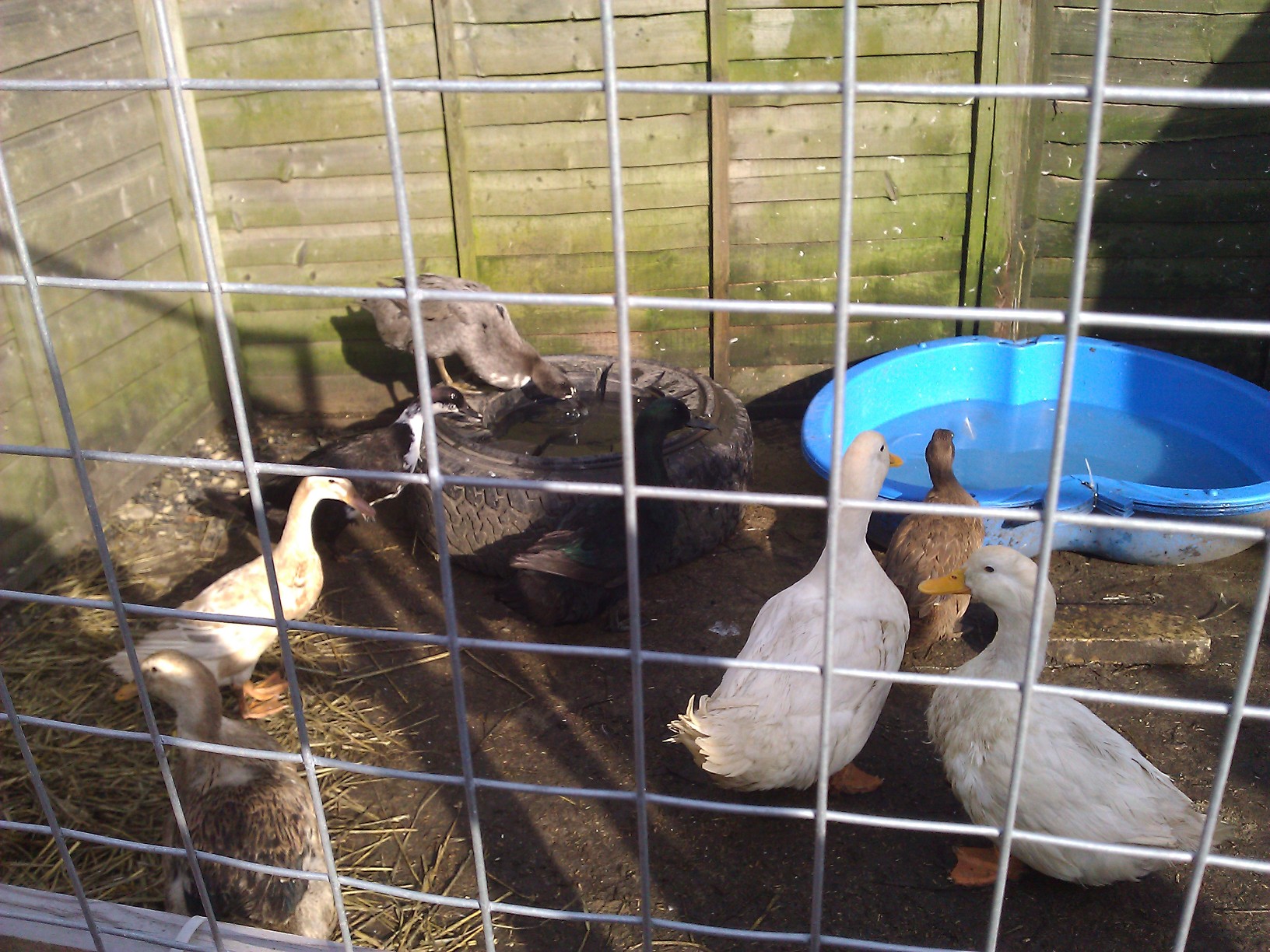 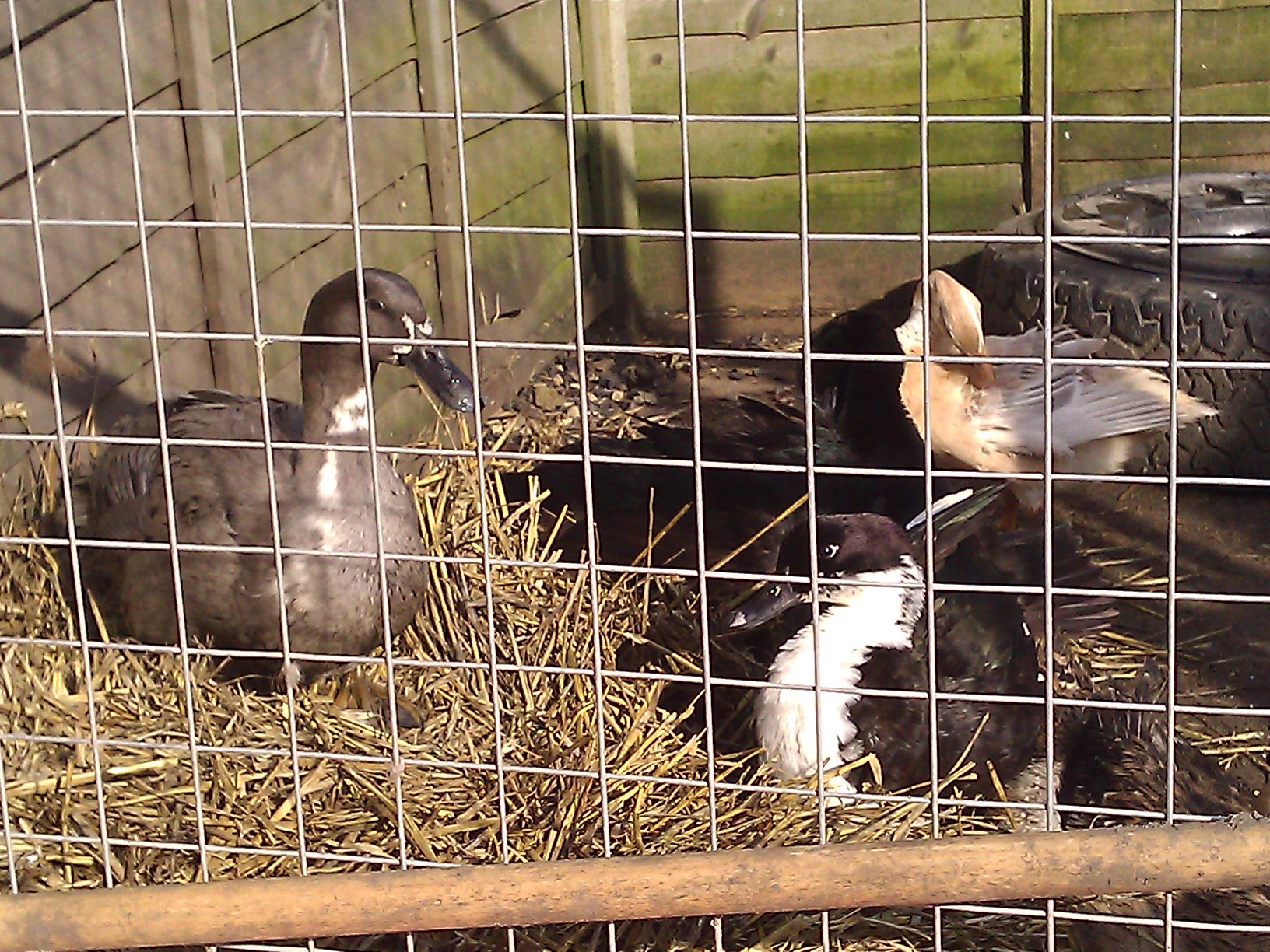 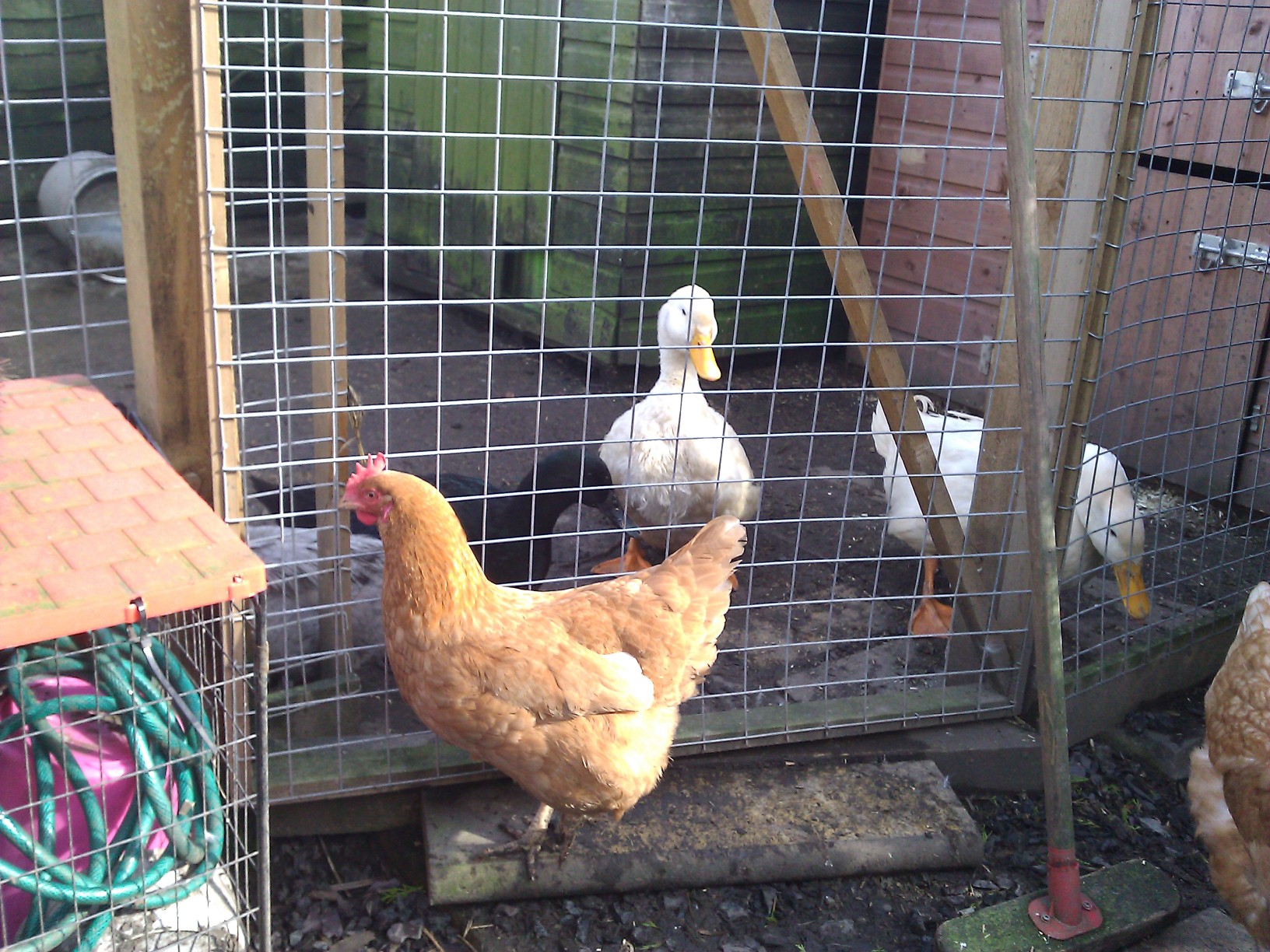 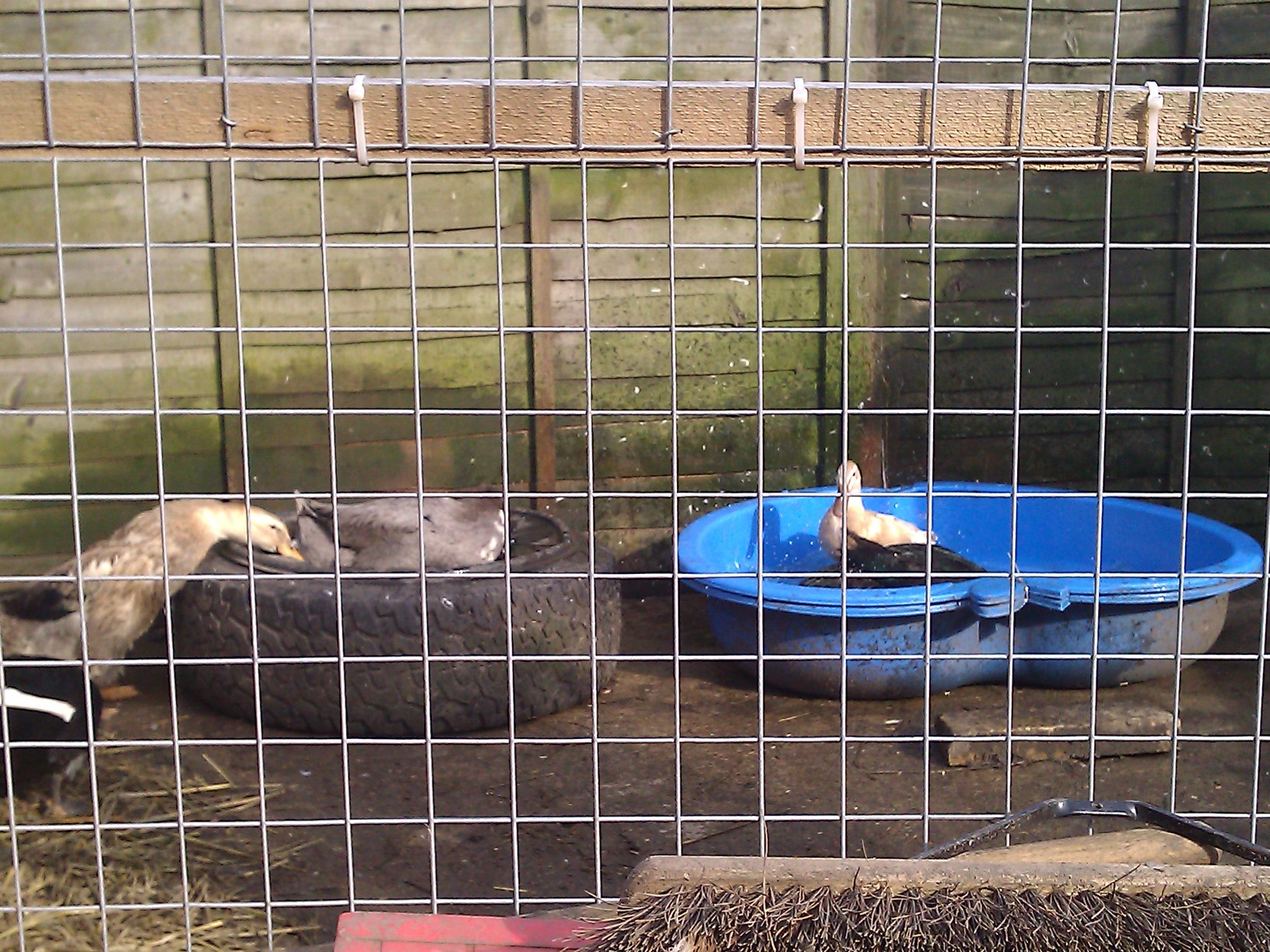 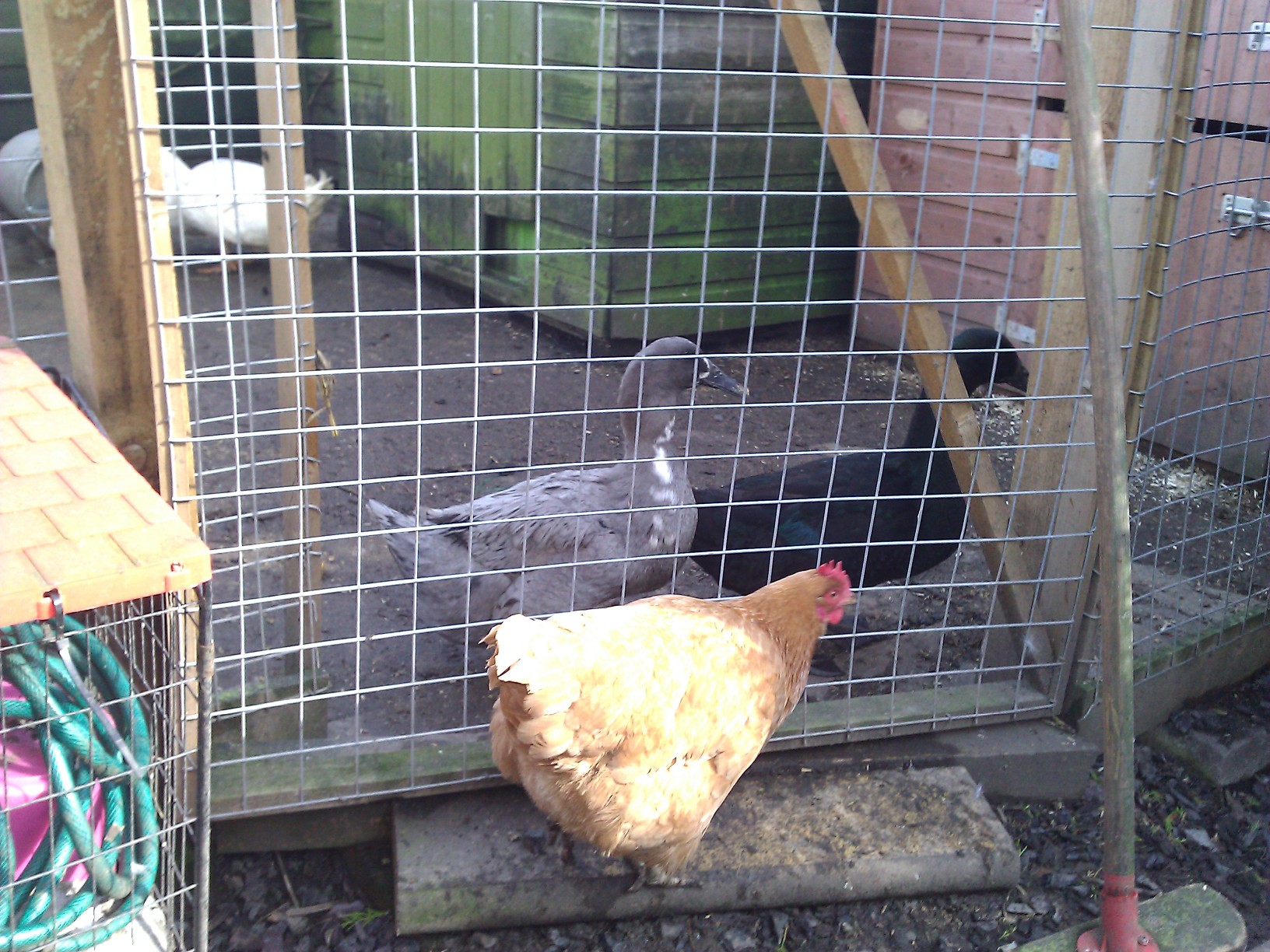