Poultry Blog Home › My Chicken Diary › Making the Hens Work for a Living!

Making the Hens Work for a Living!

I’ve had the girls working in the walled vegetable plot. It’s not exactly hard work; just wander about, cultivate the surface of the soil, eat pests and deposit manure whilst they’re at it.

Getting them to and from work is a little tricky but I have a method. I show them the shiny treat bowl and they follow it. There is a knack to it, the bowl has to be held at chicken eye level and not too far ahead. Hold the bowl too high or too far ahead and the hens get distracted by tasty looking blades of grass. Once distracted, chickens are as difficult as herding cats. 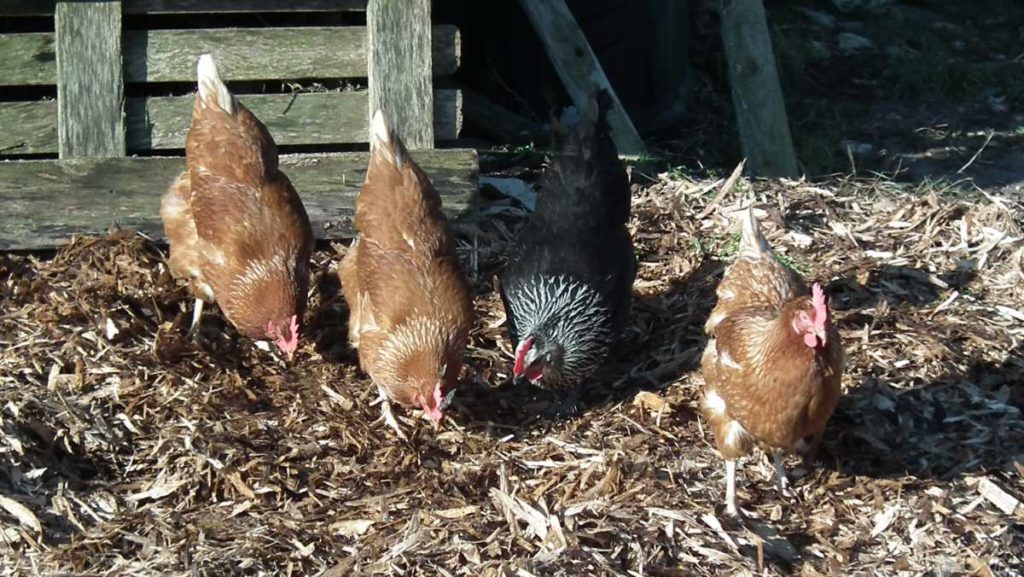 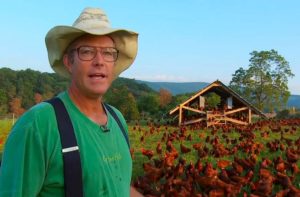 This idea of using poultry as a workforce on the land is becoming popular with some farmers nowadays. Joel Salatin in the USA is a proponent of a farming system using what he calls a chicken tractor.

His farming methods are very different to the mainstream which aims for economies of scale using low-labour, high-capital, intensive production. Instead Mr Salatin goes for low-capital investment and what I suppose you could call clever farming.

He starts by running cattle on his pasture keeping them concentrated in a small area. After just a day or two he moves the cattle onto another piece of land, keeping them under control with electric fences which are easy enough to move.

The cattle have eaten all the grass in the area and deposited their cow-pats. He leaves that patch for 4 days or so and then moves the hens onto the land. The broiler poultry are in small flocks (by modern standards) in moveable runs that keep them in, predators like foxes out and shelter the birds or protected by electric fencing.

The chickens then go over the land, supplementing their food with the maggots growing in the cow-pats, other bugs they find and the pasture itself. It doesn’t sound very nice, eating the maggots, but to the chickens they’re a high-protein treat.

The hens, as hens do, scratch around thereby breaking up the cow-pats and scarifying the pasture – all of which improves the land and pasture growth as well as adding their manure which, being high in nitrogen, is great for pasture grass.

A variant on the system for laying hens is a larger moveable coop built on a trailer that is towed around with the hens ranging controlled by electric fencing. 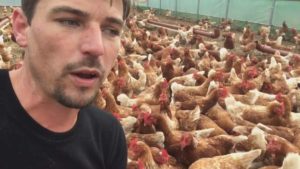 R Perkins with his hens wintering in the polytunnel

One farmer, Richard Perkins in Sweden, compared his pasture running on this system with his neighbour’s pasture in a video. His neighbour fertilised the land and harrowed it (which is just large scale scarifying) each year.

The costs of fertilising and mechanically harrowing were around the same as the cost of keeping his hens. In other words, he was commercially producing eggs fed on pasture for free! And his pasture quality was far better than the conventional system.

If these farmers were just producing broilers or eggs, then they probably couldn’t compete with conventional methods but as part of an integrated system they’re actually more competitive whilst the welfare standards are arguably higher than conventional free range or organic systems. Sadly free range is rarely quite as you might expect. 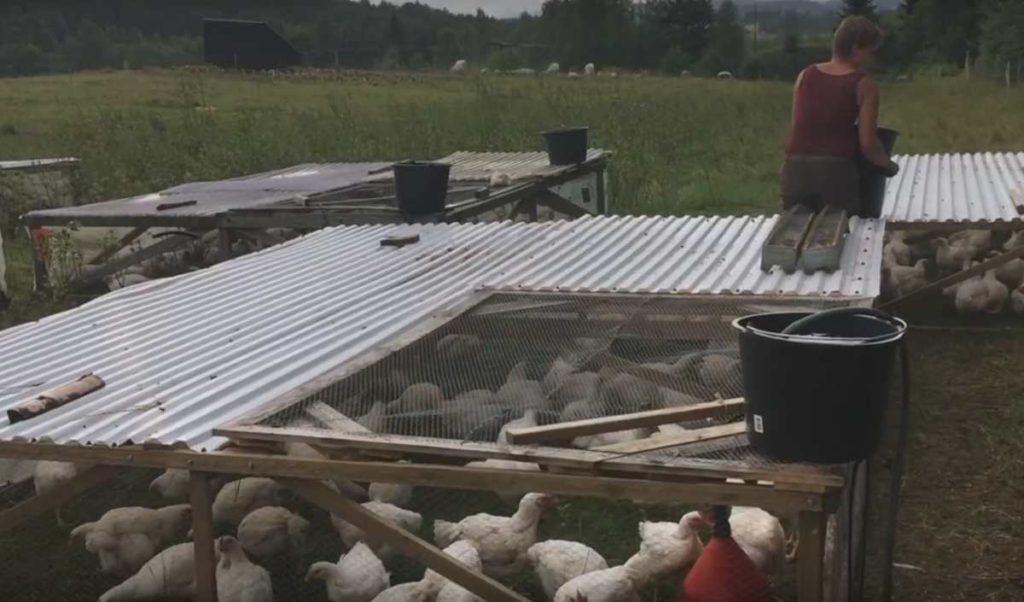 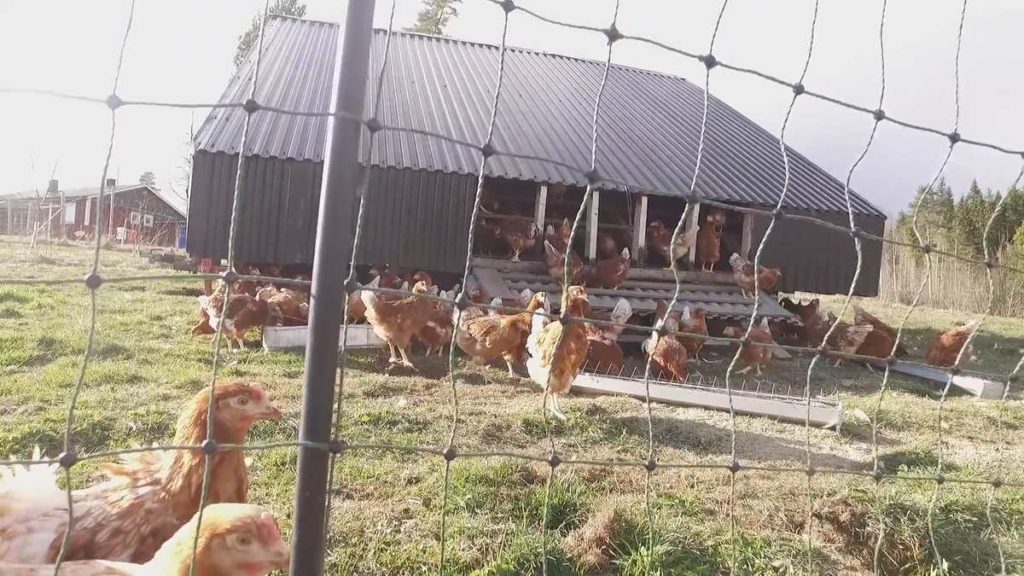 The first thing I have to say is that I’m not against buying free range or organic eggs in preference to eggs from caged birds. Having made that clear, I do think the term free range is often misleading and far from as welfare-friendly as you might think or reasonably expect.

The rules basically state that free range hens should have access to a minimum of 10 square metres of pasture per bird (1,000 per hectare). However, hens don’t like to roam too far from their home. Most hens stick near to the coop, especially if they’re feeling exposed Even the bravest birds are unlikely to go as far as 200 metres.

So whilst the hens all have access to land, in fact most are stuck in a small area and many never even get out of the coop. Yet commercial producers nowadays have sheds with 20 or even 30,000 hens in.

Poultry kept on pasture as above may not even qualify as free range but they do allow the hens to express their natural behaviours. The flock size in chicken tractors are typically 400 or less. There is evidence that smaller flocks are less stressful for the birds.

It’s not just veg plots the chooks can help you with. If you’ve 3 or 4 hens at home and a back lawn, your chickens can improve it for you so long as you don’t keep them on the grass too long. They’ll scrape out all the dead grass and moss, break up the surface soil and fertilise the grass. Once the hens are off, overseed if the grass is looking bare and in six weeks your lawn will be something to admire.

Leave a Comment Here on Making the Hens Work for a Living!