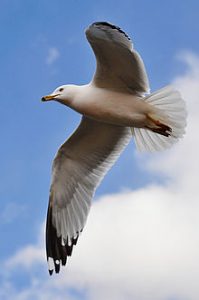 Over the last month there has been a serious avian flu outbreak travelling across continental Europe. This is being carried by wild birds who are then coming into contact with domestic fowl.

The Government has confirmed the following:

At present there have been no cases in the UK, however the government – in order to contain and protect – has now put in place restrictions.

These measures apply whether you have 2 hens or 20,000, and at present covers the whole of England. I would suggest though that even if you live beyond the current zone – so in Wales, Scotland, or Ireland – that you consider putting protection into place. EDIT: All Executives have now set the same restrictions. As such this now applies to all of the UK and at present in in effect until 05th January 2017.

The current 30 day restriction is as follows:

“Keepers of poultry and other captive birds are now required to keep their birds indoors, or take appropriate steps to keep them separate from wild birds.”

If you have a big enough coop the easiest option would be to contain them within. I know many have smaller coops that aren’t suitable for containment with food an water. In these circumstances you need to put in place a covered run or similar that will prevent wild birds coming into contact.

It needs to be remembered that migratory birds will fly over head and droppings can quickly pass contamination. As such ideally cover all sides of the run at upper levels and make sure the lower area is either covered or has such small mesh that no birds could come through. If you have a shed or other area you can contain your flock in this may be a good idea until the restrictions and risk has passed.

Keeping a clean coop and covered or enclosed run is more important that ever. Disinfect clothing and footwear before and after entering the coop or run, and keep contact to a minimum.

Having checked with DEFRA, those who fail to comply will be looking at a hefty fine so please put these restrictions in place as soon as reasonably possible.

It is important to keep a close eye on your flock during this time. The Government advises that:

“Clinical signs that poultry keepers should look for in their birds include a swollen head, discolouration of neck and throat, loss of appetite, respiratory distress, diarrhoea and fewer eggs laid – although these vary between species of bird.”

“If poultry keepers or the general public find dead wild waterfowl (swans, geese or ducks) or gulls, or five or more dead wild birds of other species in the same location, they should report them to the Defra helpline by calling 03459 33 55 77”

The full press release with regards to the Avian Flu outbreak and restrictions can be found here: