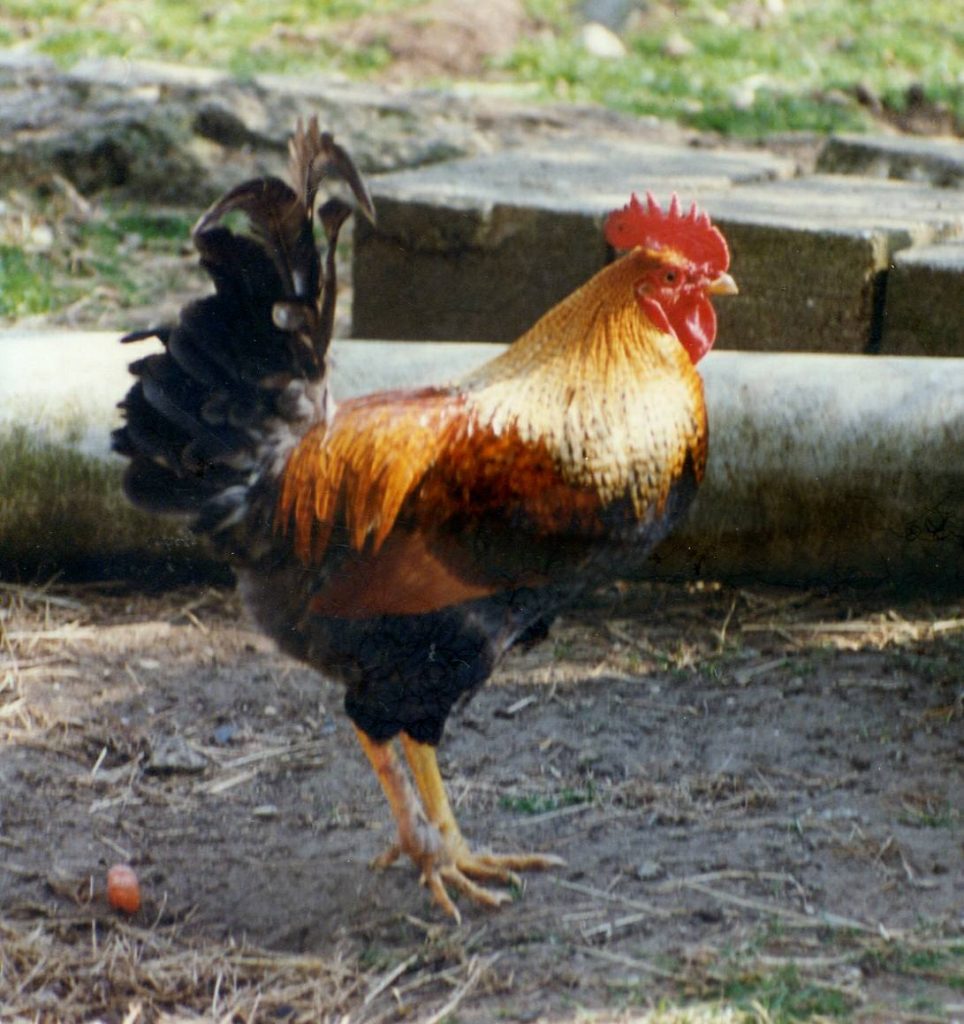 In the USA today, there is, according to Loyl Stromberg in his book Poultry of the World, a cockerel crowing contest where the winner is the bird that does the most ‘cock-a-doodle-doos’ in a 30-minute period.

Anyone who has stood in a hall of several hundred fowl at a poultry show for a couple of days might be inclined to award the prize to the cock who crowed least!

“This contest,” to quote Stromberg, “Was inspired by one in Wales, England.” (Oh dear! I do find it tiresome when people do not appreciate that Wales is a different country, and not part of England).

Poultry keeping is becoming more popular, and many more poultry keepers would like to keep a cock or two and try some breeding. However, the present situation means that only people living in really rural conditions can keep cockerels, without encountering harassment.

Is there any way in which this problem can be resolved?

All sorts of things have been tried, but none of them have met with any great success. One idea was to put a bar across the roof, inside the house, so that the cock would be unable to stretch his neck in order to crow. Faced with that obstacle, most canny cockerels would just jump down from the perch and crow from the floor.

However, there are some people who swear that it can work, as long as the bar is suspended loosely so that it swings when the head touches it.The continued swinging, it is claimed has a deterring effect. Has anyone tried this successfully?

Another approach was to keep the male in his own house and block up all the chinks through which light can enter. The problem is that the flow of air is also restricted. He would probably stop crowing, but for the wrong reason.

In parts of the USA, people have taken their cockerels to the vet in order to have the vocal cords removed, but then that is also the country where cats’ claws are removed in order to stop them scratching the furniture. Thankfully, such procedures are not allowed in Britain on humanitarian grounds.

The best approach would be to have a cockerel house that is situated at the point farthest away from neighbours, with the door on the opposite side to the prevailing winds. It would need to be very well insulated with the type of insulation that is currently used in recording studios. In theory, it ought to be possible to produce a (near) soundproof house but I have yet to find anyone who has done it.

Although I’ve never experienced it with any of my own hens, a crowing hen is a fairly well known phenomenon. It is usually caused by hormonal changes. These may be as a result of an infected ovary, or a tumour in the same area. In the case of the former, the infection can often be cleared up with antibiotics, or it may clear of its own accord. With the latter, there is nothing that can be done.

There may be other signs, apart from the crowing, including an enlarged comb and the development of male plumage after the moult. She may also try to mount other hens. If the cause is an infected ovary, and it clears up, she will probably revert to her usual state.

In 1474, there was a case where a ‘cock’ was burned at the stake for witchcraft, because ‘he’ laid eggs! Oh dear! Hopefully we now live in more enlightened times. 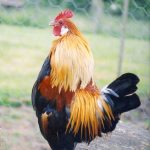 Sayings about cock crowing, Why roosters crow & Why before dawn.

By Katie Thear Why do Cocks (Roosters) Crow? Looking at what a cock does and the lifestyle of chickens, it's quite easy to see why he he crows. First of all it's a method of keeping his flock together. In the wild, chickens are floor and low-level... 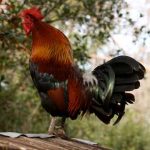 By Katie Thear The scientific basis for cock crowing is that it's part of the male's territorial display. He's declaring that this is his patch! The dawn chorus is also a territorial display, with male blackbirds, thrushes, etc, making the same...